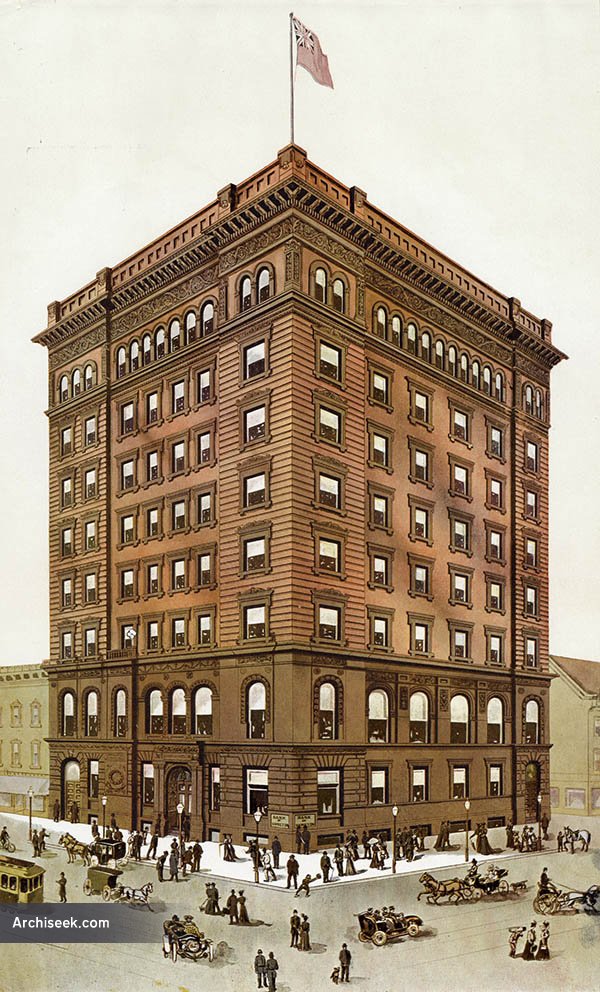 The original building on this site was constructed in the 1870s. Around 1905, it was decided to expand, and seven storeys were added to the building, using two as a base. In 1921, the Bank of Hamilton noted a marked shrinkage in customers’ balances, and some of its Manitoba branches were closed. Despite reassurances in the annual report of the Bank of Hamilton c.1922, negotiations were soon underway for the 1923 amalgamation with the Canadian Bank of Commerce. The merger was effected on 31 December 1923, where after the Bank of Hamilton ceased to exist as a separate corporate entity. This fine tower was demolished by CIBC in 1985..