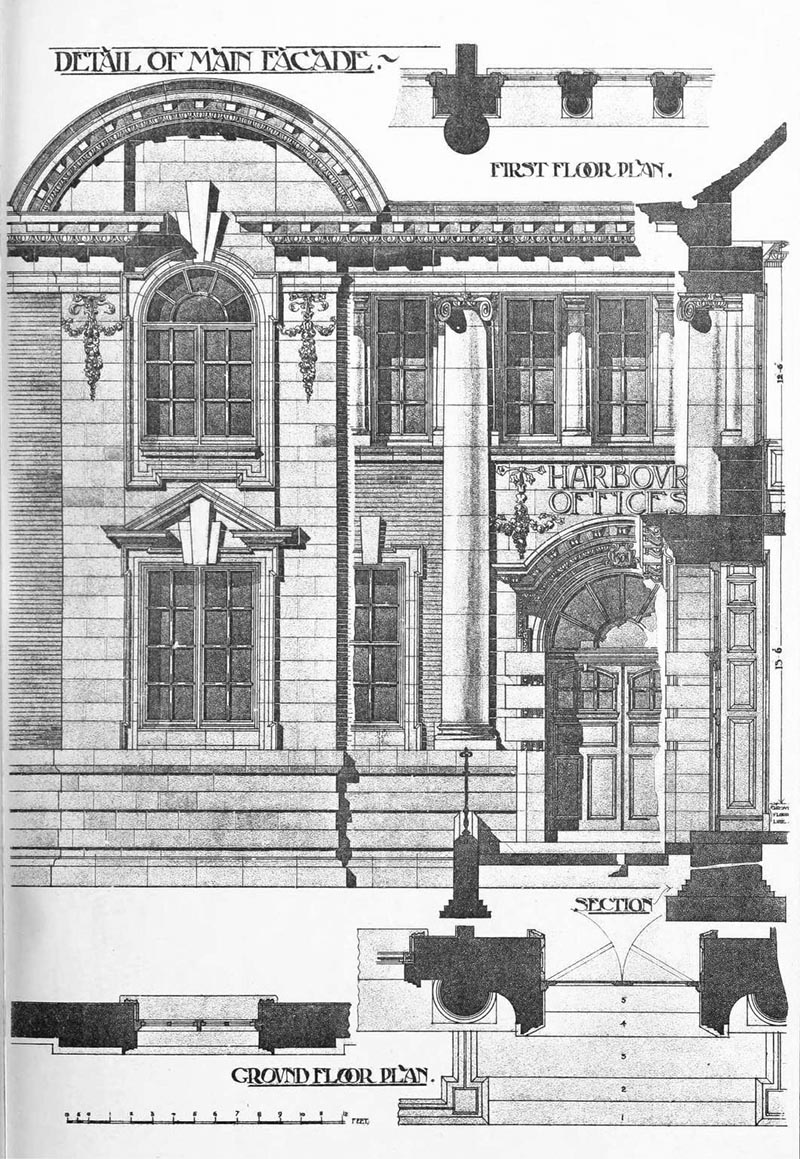 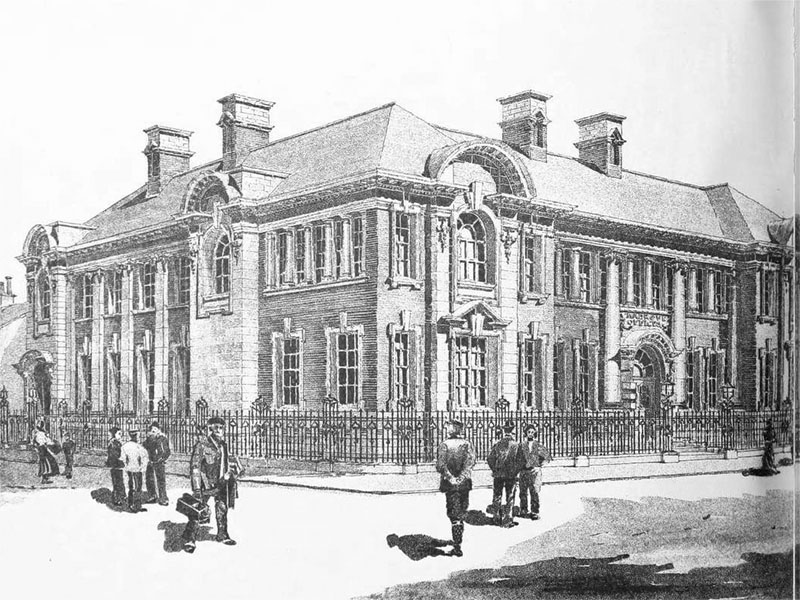 This design was placed second by the assessor, W.M. Fawcett, F.R.I.B.A., of Cambridge, and was awarded the premium of 100. The conditions were very carefully followed in planning, and the respective departments are self-contained. The main entrance was placed in the centre of the Adelaide-street front, whilst a separate entrance was afforded to the shipping office from Somerset -place. The style adopted in the design of the building is a simple treatment of Late English Renaissance, and it was endeavoured to give the block the official character which it demands. A caretaker’s house is provided, having easy access to the main building, and a plot for future buildings is reserved on the south-western comer. It was proposed that the main frontages of the buildings Vie faced with red Hanlion pressed bricks and the dressings of Ruabon buff terra-cotta ; the wood <'asemenls and frames being painted ivory white ; and the roofs covered with green Westmorland slates. Interior : The halls, landings, and general offices to have faience dadoes, the upper portions finished in fine plaster ; the principal's and private offices to have hardwood dadoes ; board and chairman's room to have finished mahogany dadoes and pilasters ; harbour offices with fibrous plaster above same, and to the ceilings ; the main staircase to be Stuart's ginnolithic steps, with terracotta stringers, handrail, and balustrade : floors throughout fireproof. Total cost, including heating, 2,000. The design was submitted by Messrs. Fairhurst & Thornley, architects, 7, Chapel-walks, Manchester, and .51, Church-street, Blackburn. "