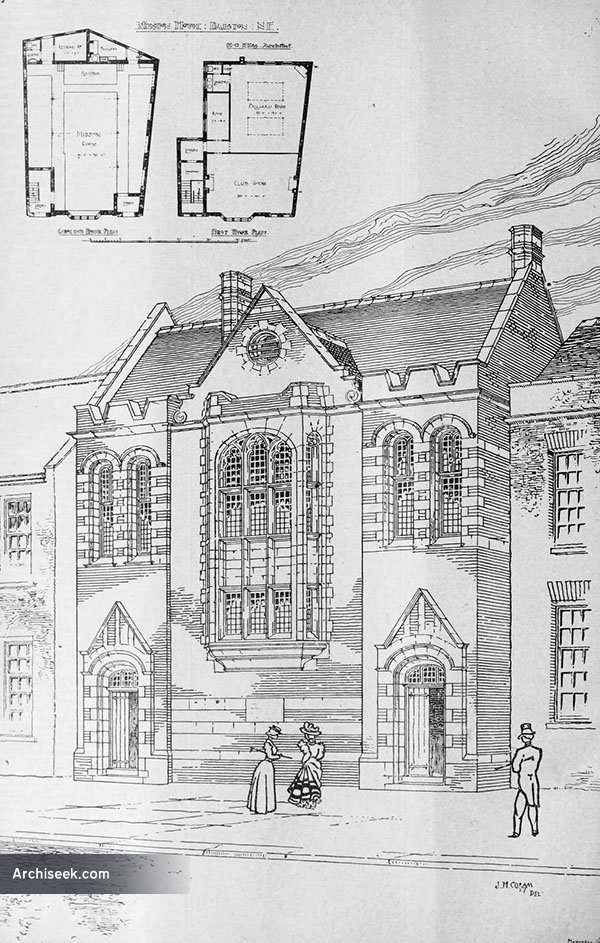 This late-Victorian mission building was designed by Herbert O Ellis in 1898 for St Mark’s Church, Dalston. Later known as the Cholmeley Boys’ Club. The building was originally used as a Sunday School, mission hall, working men’s club and soup kitchen. The interior hall is still intact.

“This building is being erected in Boleyn-road, Dalston, for the vicar of the parish. Its chief use will be that of providing for the parishioners such means of recreation as will be afforded by club and billiard-rooms, a gymnasium, &c. The hall on the ground-floor will be used for the various purposes connected with church work, such as services, meetings, &c., while the small kitchen in the rear is provided for the making of soup, tea, &o. The front of the building is being built in red brick, with dressings of Monk’s Park Bath stone, and the roofs are being covered with Welsh green slates. Mr. H.O. Ellis is the architect.” Published in The Building News, June 9 1899.