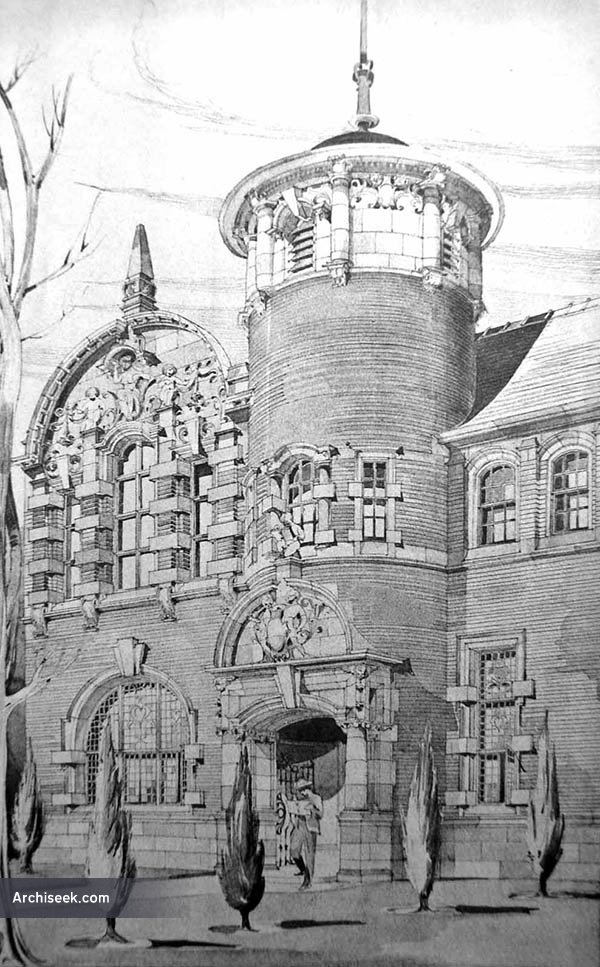 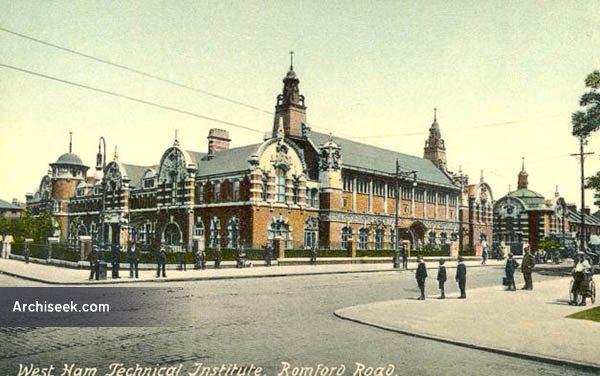 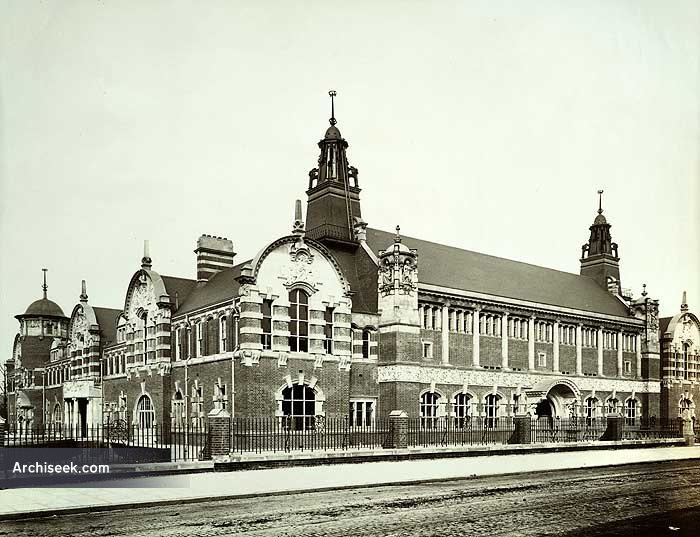 The foundation stone of the West Ham Municipal Technical Institute was laid on 29th October, 1898 by the Mayor of West Ham, Alderman W Crow, J.P., and the opening ceremony performed two years later by John Passmore Edwards. The building is in the Modern Renaissance style and, when built, was considered one of the finest in that style. At its foundation, the college provided courses in Science, Engineering and Art and had a Women’s Department. Day secretarial courses for girls were added in 1906 with a Trade School for girls in 1912. Now part of the University of East London. Published in The Builder, March 16 1896.