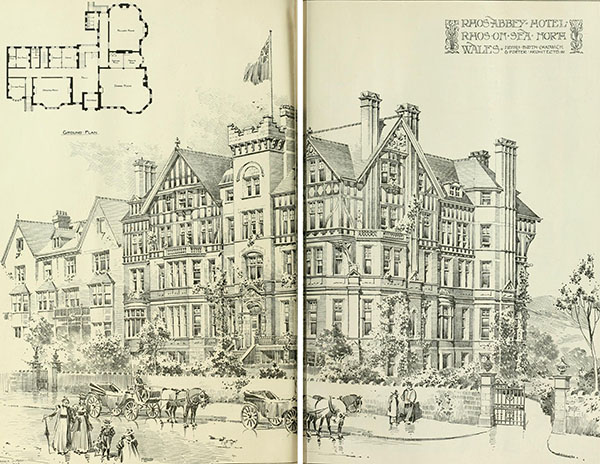 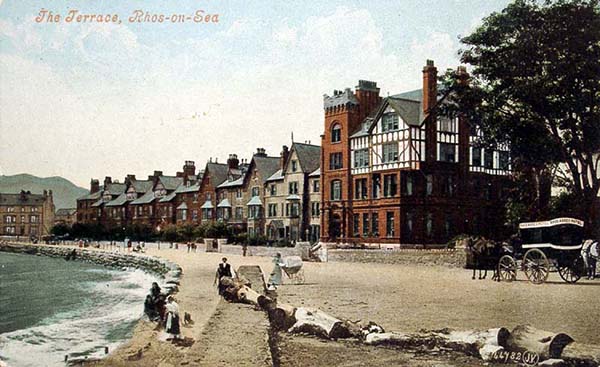 “This hotel is now in course of erection upon a site familiar to Welsh historians, known as Rhos Abbey, commanding extensive sea views towards Colwyn Bay, Abergele, and Rhyl, with some splendid mountain scenery in the background. The hotel also overlooks the ancient Fishing Weir, which was in existence previous to Queen Elizabeth’s time. The plans have been prepared by Messrs. Booth, Chadwick, and Porter, architects, Manchester and Colwyn Bay, and the work is being carried out under their supervision.” Published in The Building News, April 15 1898.