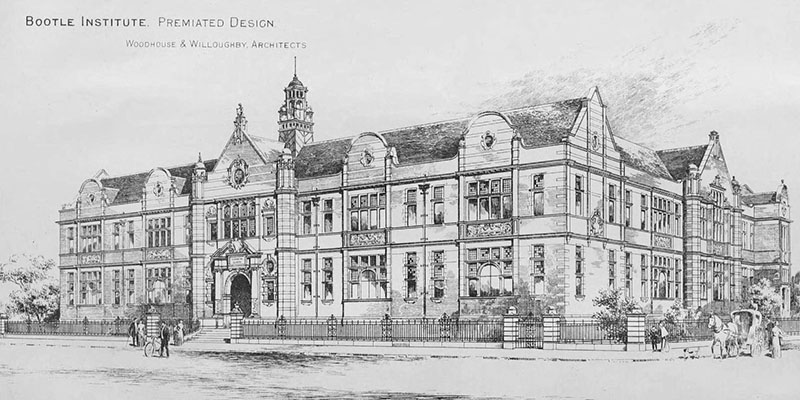 “The competition for the proposed technical school at Bootle was decided some few months ago. The town council received twenty -two sets of plans and designs for the buildings, the estimated out- lay being £15,000, and called in as assessor Mr. W. E. Willink, A.R.I.B.A., of Castle-street, Liverpool. Acting upon his advice, they re- solved, on the recommendation of the Free Library and Museum Committee, to divide the first and second premiums, together amounting to SOgs., between Messrs. Best and Gallon, of Prince’s Mansions, Victoria-street, Westminster, and Messrs. Woodhouse and Willoughby, 100, King-street, Manchester, and to award the third premium of 20 guineas to Mr. A. J. Rowley, of High-street, Oxford. Although the merits of the first two designs were obviously so evenly balanced that the assessor could not see his way to place either distinctly first, Mr. Willink advised that the plans of Messrs. Best and Gallon were “better adapted to meet the requirements of the school,” and this view being adopted by the town council, that firm have accordingly been appointed as architects for the building. The accommodation provides for the usual classrooms and workshops, lecture-rooms, and laboratories, as well as an examination hall to seat from 280 to 300 students.” Published ion The Building News, April 1 1898.