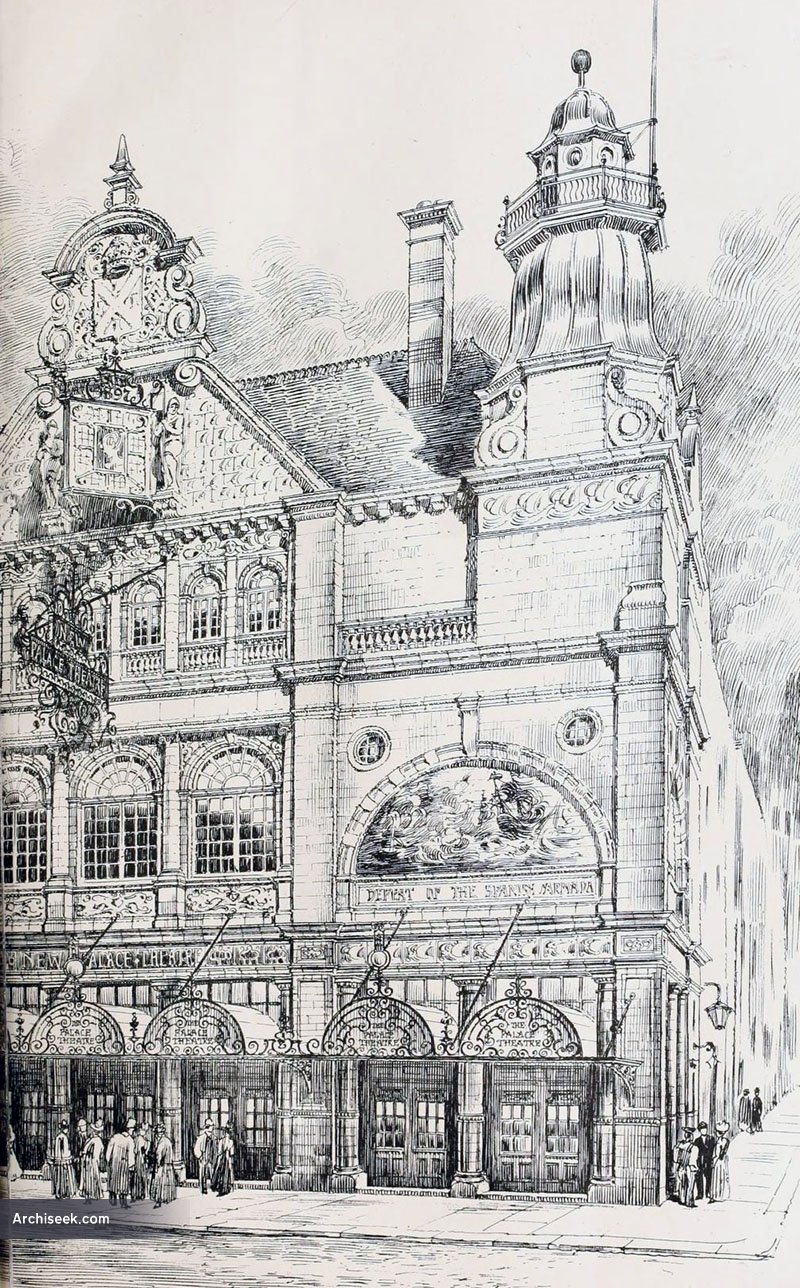 Unlike many Victorian buildings, this 1898 theatre survived the blitz on Plymouth during the Second World War and operated as a nightclub until 2006. Now increasingly derelict and on English Heritage’s Heritage at Risk Register. The theatre was built in the Flemish Renaissance style, with the interior in an Art Nouveau style, with nautical features.

It suffered a fire shortly after opening, the stage area, dressing rooms and the entire rear section of the building had been destroyed. As the safety curtain had not been lowered, the fire had spread into the auditorium and as a result most of the decorative features were also destroyed including the domed ceiling and the panels illustrating naval scenes. The theatre was rebuilt after the fire and was re-opened on 22 May 1899, although the interior was now much plainer than it had been originally. The paintings on the ceiling which had been destroyed in the fire were replaced by “an allegorical group”.

“These buildings, situated in Union-street, Plymouth, have been erected from the designs by Messrs. J.T. Wimperis and Arber. The front is in terracotta, by Doulton and Co., of Lambeth, the ground story being in glazed ware. The two-coloured semicircular panels are reproductions of two pictures by Sir Oswald Brierly — namely, “The Spanish Armada at Perrol” and “The Destruction of the Armada.” Internally the theatre accommodates about 2,000 people, and the decoration is eminently suited to the locality. Some particularly fine ‘paintings in the dome and other decorative spaces, by Mr. H.C. Brewer, represent the famous historical events with which Plymouth has been associated, as well as other great naval and military feats and their heroes. Messrs. W. Johnson and Co., of Wandsworth Common, were the contractors. The box fronts embodying the leading features of the old battle-ships are strikingly original and effective in design, and these, with the arcading at the top of the grand staircase and foyer, has been capitally executed by Messrs. Hooydonk.” Published in The Building News, April 28 1899.