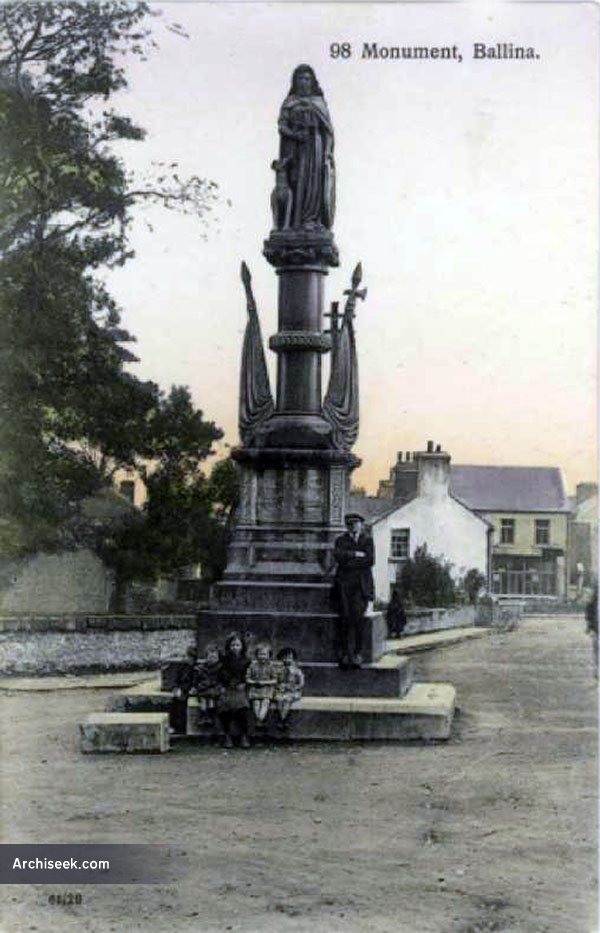 The Centenary memorial, the Humbert Monument, was dedicated on 11 May 1898 to commemorate the 100th anniversary of the French landing at Killala in support of the Irish Rebellion of 1798. The figure on the monument is Mother Ireland guarding draped flags, and was sculpted by Thomas Denning. The monument was moved to its current location on Humbert Street in 1987.