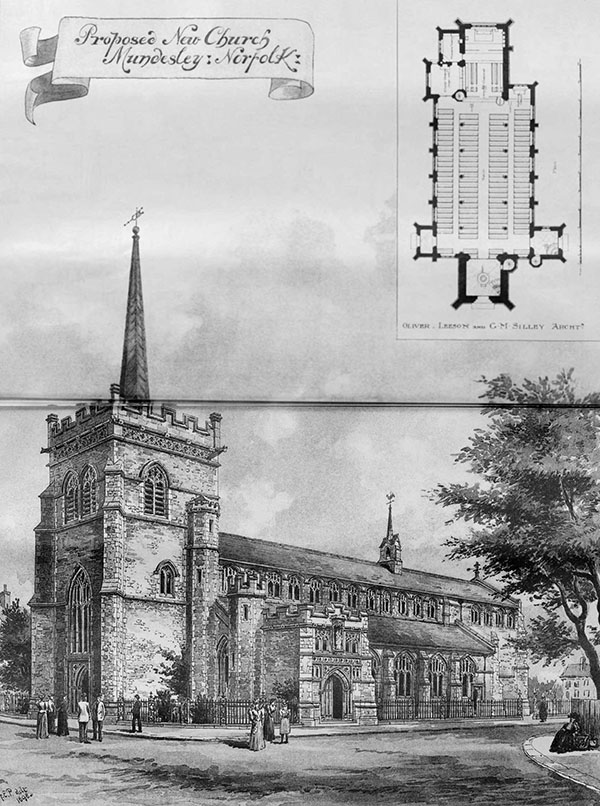 Not constructed, the ruined village church, a ruin for a century, was instead restored by 1904 and is in use today. “The church we illustrate to-day is to be erected on a very convenient site in the middle of the village, presented by the East Coast Estate Co., to take the place of the old church now partly in ruins, which stands on the hill close to the edge of the cliff. The new building is proposed to be erected with flint and stone dressings, and the roofs to be covered with green Westmoreland slates. A new railway line has been recently opened to Mundesley, and a very prettily designed station has been built. It is expected that Mundesley in the near future will become a formidable rival as a watering-place to Cromer on the north, and Yarmouth on the south. ”