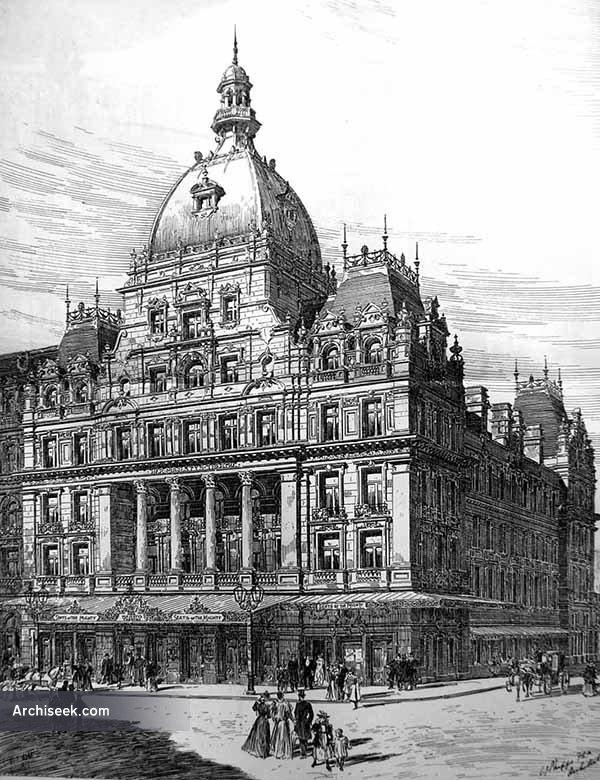 The previous Her Majesty’s Theatre was demolished in 1892, before actor-manager Herbert Beerbohm Tree acquired the site and began to build his new venue. The Her Majesty’s Theatre opened in 1897 to elaborate designs of Phipps. The theatre was designed as a symmetrical pair with the Carlton Hotel and restaurant on the adjacent site, now occupied by New Zealand House. The frontage formed three parts, each of nine bays. The hotel occupied two parts, the theatre one, and the two buildings were unified by a cornice above the ground floor. The buildings rose to four storeys, with attic floors above, surmounted by large squared domes in a style inspired by the French Renaissance.

The interior was designed by the consulting architect, W.H. Romaine-Walker (1854–1940), after the Opera at Versailles by Gabriel. Stalls and the pit were entered at ground level, with two partly cantilevered tiers above accommodating dress and family circles on the first level, and upper circle, amphitheatre and gallery on the tier above. In all, there were 1,319 seats. Grade II* listed.