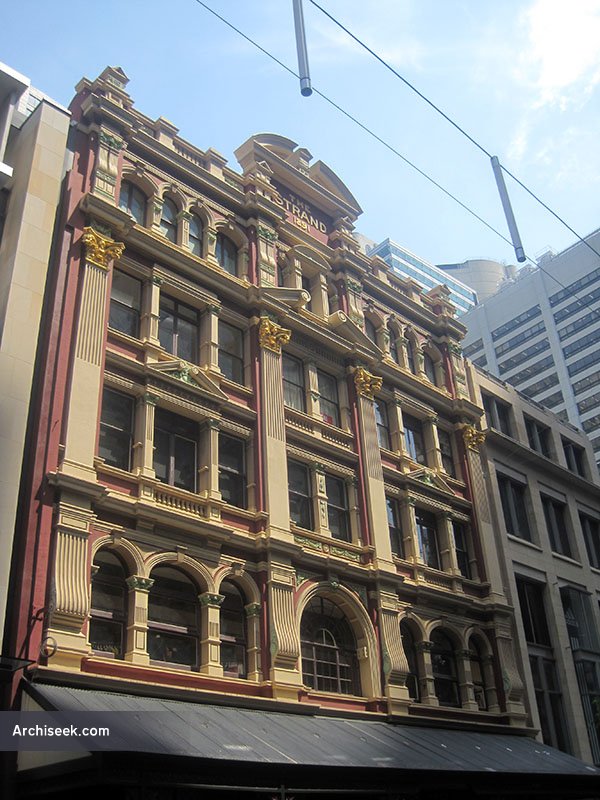 Named after The Strand in London, a smart and fashionable shopping street, Sydney’s Strand Arcade opened in April 1892. Today it still retains the small elite boutiques that defined the Sydney shopping experience of the 1890s. The overhanging gallery is supported independently of the columns so as to obtain a clear and unobstructed view of the full length of the interior. The Strand Arcade originally included a special gas and electricity system and hydraulic lifts.