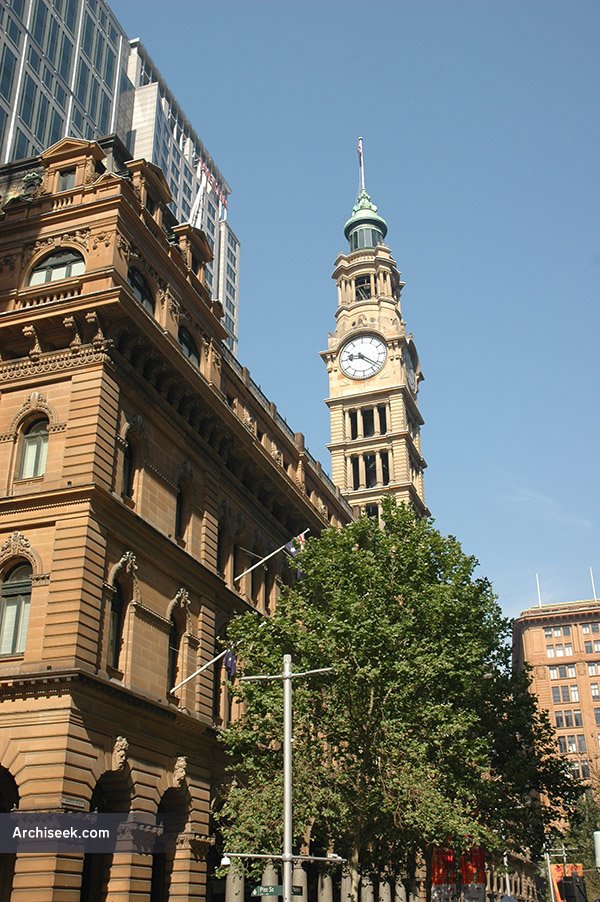 Designed by colonial architect James Barnet, the building was constructed in stages from 1866 to 1891. Barnet’s building features a neo-classical sandstone facade, with a colonnade running around the building at street level. Each arch of the colonnade features a carved face on the keystone representing many parts of the British Empire. There are also spandrel figures, whose comical references to real-life personalities (including Barnet himself) caused a controversy at the time of construction. Curiously the clock tower was demolished in 1942 to reduce the visibility of the GPO in case of an air attack on Sydney. It was rebuilt in 1964. This building was the headquarters of the NSW postal system until 1996, when it was sold and refurbished. The building now contains shops, cafes, restaurants, and bars. Two towers now stand in the former courtyard which has been glazed over an an atrium.