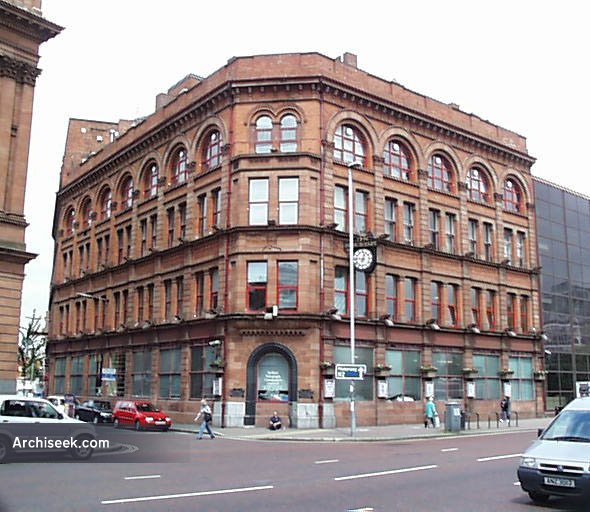 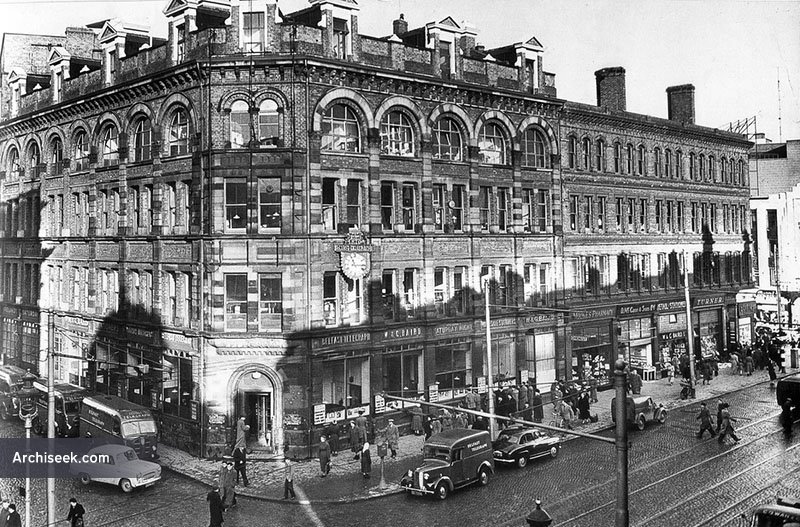 A four storey building of red brick and Dumfries red sandstone constructed for the Evening Telegraph, later the Belfast Telegraph. The public office was originally accessed from the entrance on the chamfered corner to Library Street. The architect Henry Seaver was to have his practice offices in the building in the 1890s. The building was sold by the newspaper in 2016.