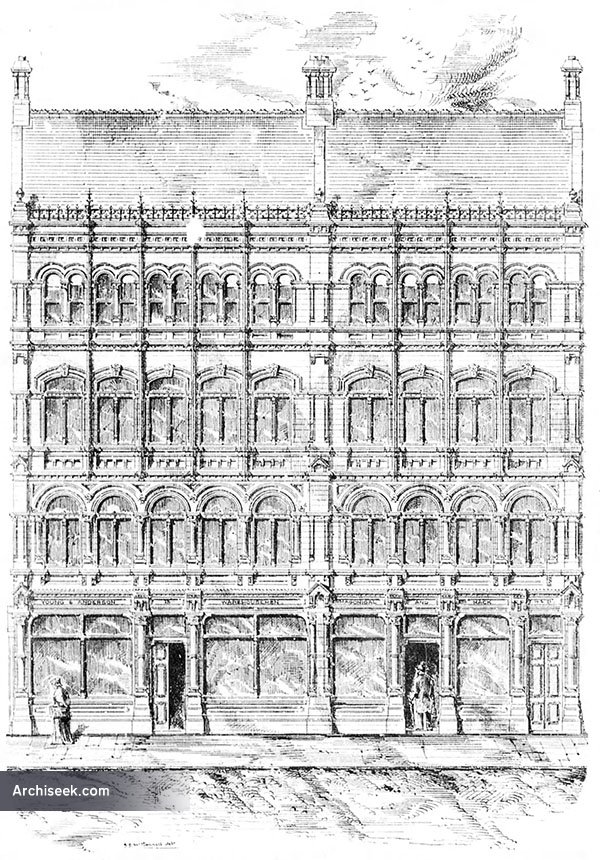 Four storey stucco building, a speculative development, only part of which was constructed. The portion to the left, above, is the site of No.23 Donegall Street, itself a fine warehouse building. The portion on the right was constructed and still stands today.