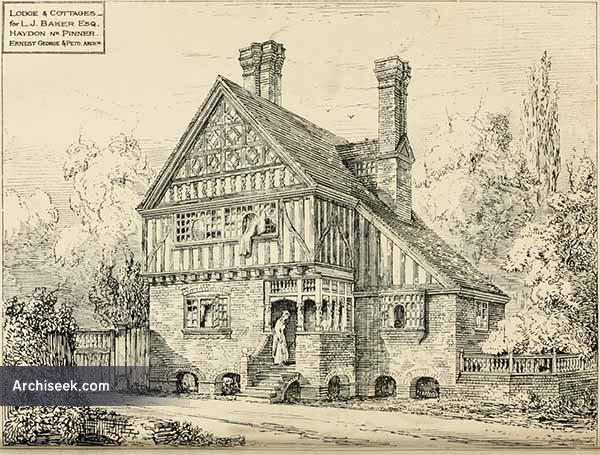 “The Lodge, near Pinner, for Mr. Lawrence Baker, is built on the site of the former one that was frequently inundated by the rising of the Pinn. The present Lodge is built upon arches, under which the water may rise without doing mischief. The posts of the porch have been cleverly carved by Mr. Hitch. The ornamental plaster filling-in of the timber work is from the hands of Walter Smith. Th;s Lodge, and the group of three cottages, have been built by Mr. J. Kindell, of Harrow.” Published in The Building news, July 2 1880.