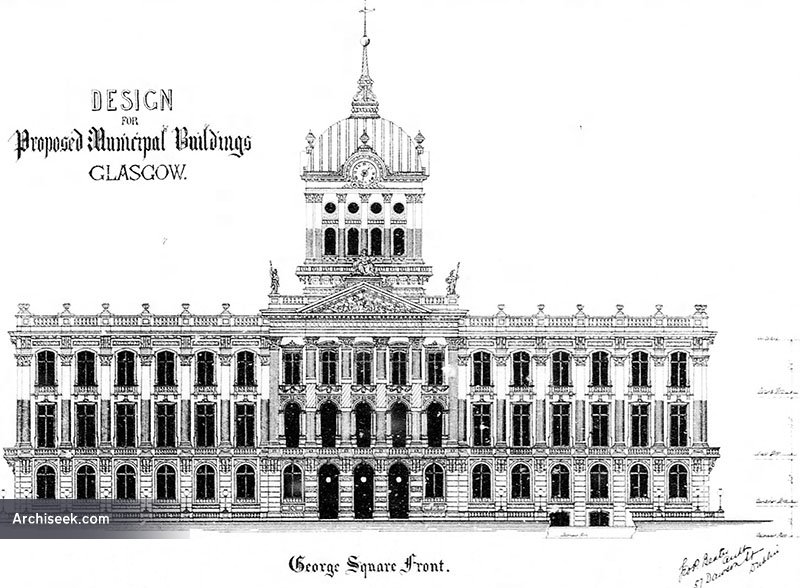 “We learn that the number of drawings sent in last year for the proposed municipal buildings for Glasgow amounted to 724. The premiums offered were 750, 500 and 300. The sum of 150,000 was named as the contemplated cost of the building, which did not include any payment for site, which was already corporate property. ‘There have been (Says the Building World) two distinct views taken in the council; one may be essentially the economical – and of course, those who the view of just doing as little as decency and necessity compels them to do, are certainly not persons whose views would be likely to tend towards buildings which would add to the architectural beauty of the city, much less its dignity and splendour. The economist, even in Scotland, may, however, be found in a minority; but at least he is a useful individual, as curtailing his fellow legislators when on too much grandeur bent, with the public money to spend’. The City Architect (Mr. Carrick) has been ordered to amend his plans so as to embrace a more extended accommodation, and at an increased expenditure of about 100,000. The elevation which we published with present issue, is by Mr. George P. Beater, of this city, and submitted by him under motto ‘Justice’. The material suggested was cut stone throughout.” Published in The Irish Builder, March 15 1881.