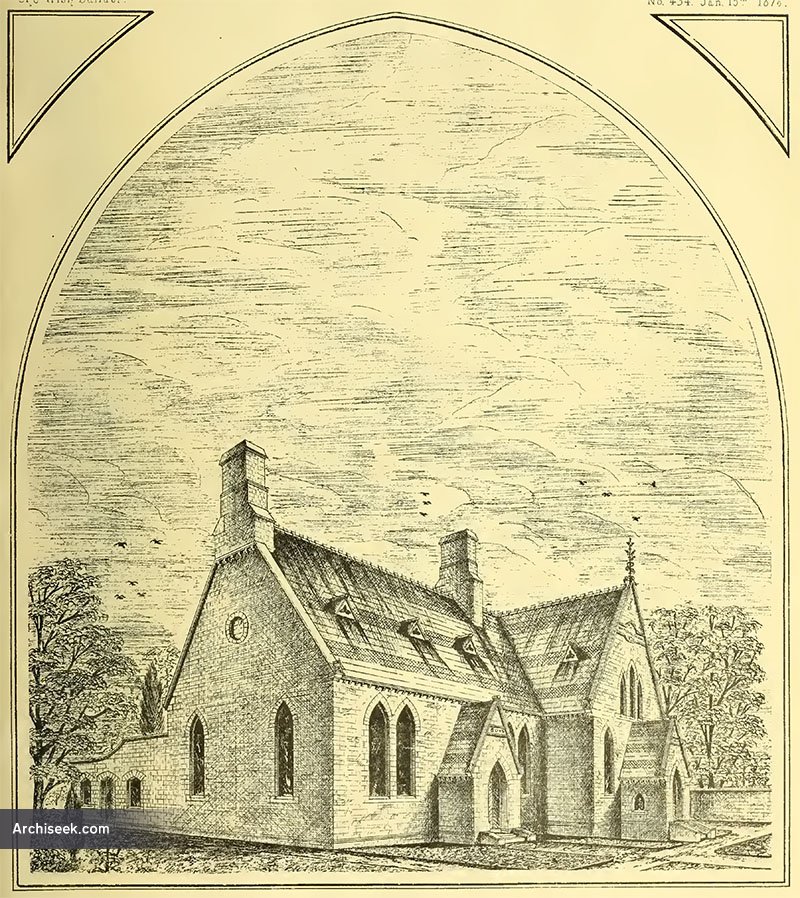 Published in The Irish Builder, Jan 15 1878. “Some time ago a view of the then proposed building was given with this journal, showing a two-storey building, the upper portion to be used as a lecture-hall. When, however, the tenders were received, the cost of its erection t was found to be so great that it had to be abandoned, and a one-storey building erected instead. There is a large girls’ school with infants’ school off same, and a commodious boys’ school, with a class room connected, and 1 apartments are provided for caretaker. Proper arrangements are made for ventilation, and each school has a large play-ground. The walls are built with Scrabo stone, having cut stone dressings. The windows will be filled with Gothic quarries fixed in lead. The roof is half open, and the fittings are of pitch pine stained and varnished. The works are almost completed, and have been executed in a satisfactory manner by the contractor, Mr. Nimick, of Holywood, under the superintendence of the architect, Mr. William Batt, jun., of Belfast.”