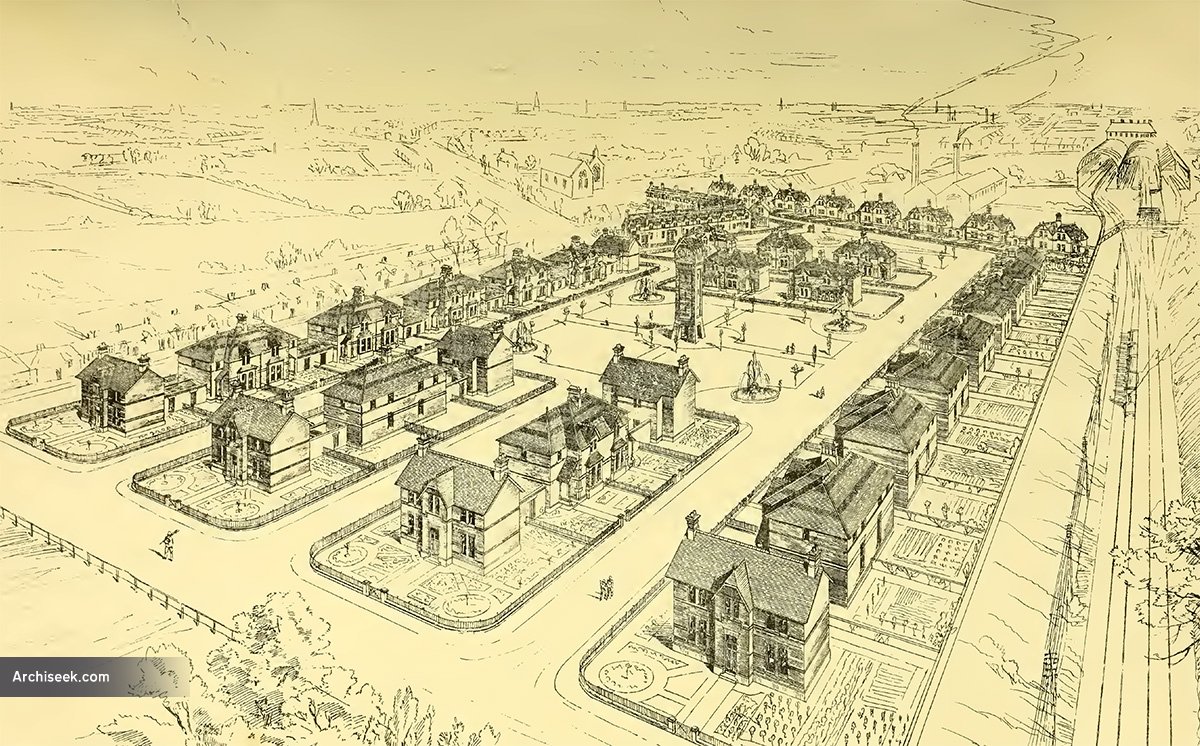 Design proposals for artisan dwellings for the Midland Great Western Railway Company adjacent to Broadstone Station in Dublin. About eighty designs were submitted from around the UK and Ireland – with first price awarded to Edward Townsend; second to Millar & Symes; and third to Thomas Newenham Deane. Towsend’s designs were not constructed. Illustrations published in The Irish Builder, February 15 1878.

“In the plan submitted by Mr. J.H. Bridgford and Mr. G.P. Beater and of which we gave an illustrated in our last number, the authors suggester co-operative corner shop houses or marts, schools and lecture-rooms, as also clock tower, gardens with fountains and shrubberies. In laying out the site, they have dwelt on three primary points: aspect, isolation and drainage. Advantage has been taken of the south and west aspects to run along some semi-detached blocks with gardens front and rere. They have been so impressed as to the important matter of “isolation” that in laying out the site that have completely detached some “special” houses and made most of the reset semi-detached. They have placed the closets, ashes and coal away from the houses but clubbed together in their respective yards. The provisions as to sewers and traps have also been carefully considered.” 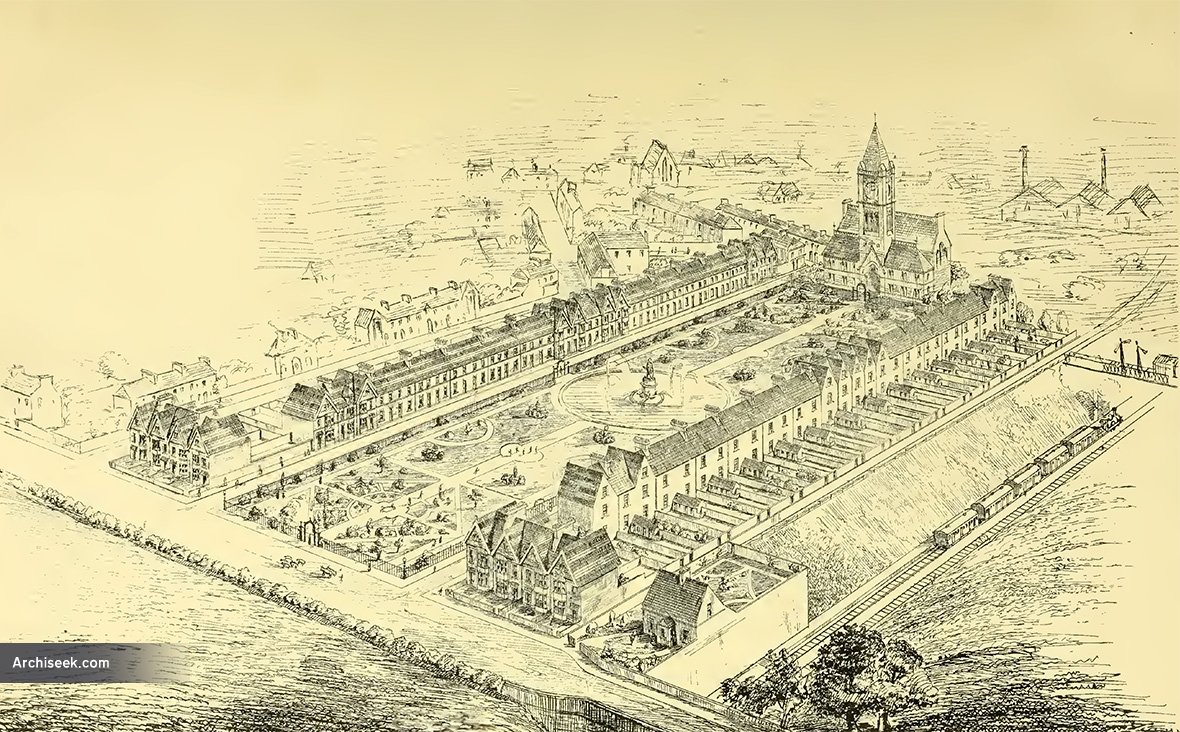 “In our present number we illustrate the design submitted in competition by Mr. John L. Robinson of 198 Great Brunswick-street. In laying out the ground, he formed an ornamental square or pleasure-ground, with houses ranged round three sides, the fourth being open to the North Circular-road, with gardens in front and the two sides of the square are faced by two terraces of thirty-one houses each. At the end of the square is a workmen’s club or reading room which may be used as a lecture-hall when occasion offers. There is also a site for a co-operative store and a shop, There are 91 houses shown on the plan, and, if considered desirable, the site of the workmens’s club would be available for none more, making a total of 100 houses, the maximum number in instructions in which case on the the site of the shop, a workmen’s club might be built. All houses have 18ft. frontage, and each plit a depth of 75ft. Three plans of houses were submitted containing respectively, four, five, and six rooms each, with sculleries, pantries, coats stores, and closets. The estimated cost of houses, ornamental grounds, roads, and drainage was 21,230.”