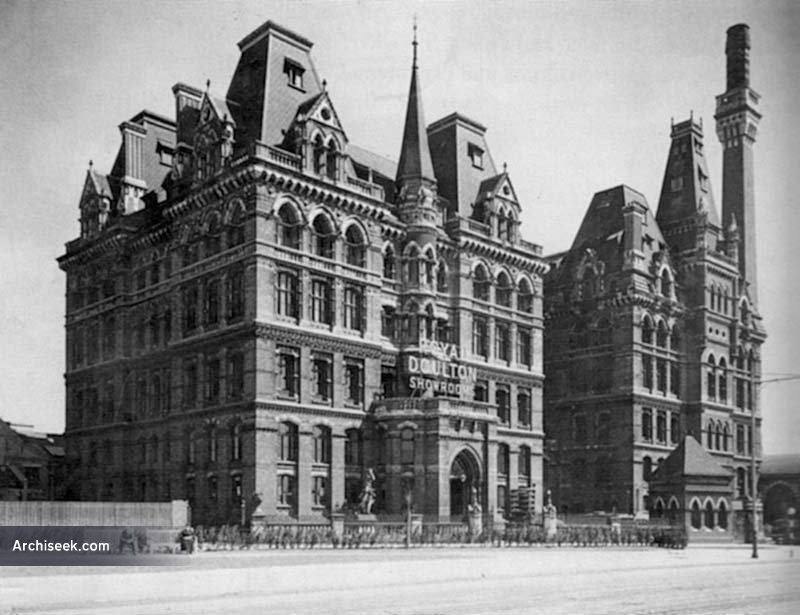 Roger Dixon and Stefan Muthesius call the Doulton pottery complex, as it originally stood, “one of the most comprehensive commercial establishments in any city” and that its slender 233′ high factory chimney to the right was “a slim version of the campanile of the Palazzo Vecchio in Florence”. It is thought to have been suggested by Ruskin himself.

These Thames-side buildings were targeted in World War II, gutted during air raids and demolished in the 1950s with the exception of one building. It is sad that most of Doulton’s London pottery premises were lost, but lucky that at least one building remains to give us some idea of what an impressive landmark they must have made.