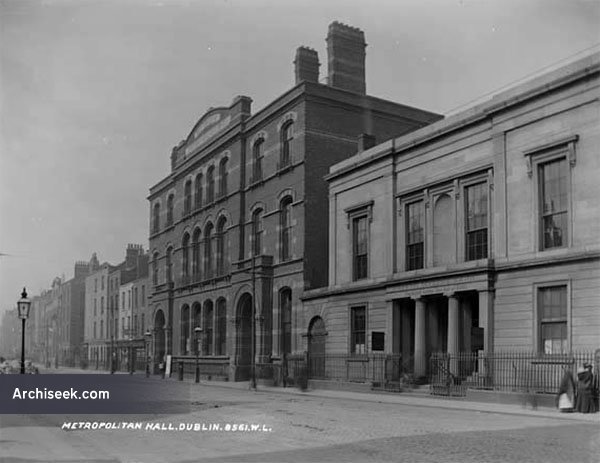 The Christian Union Buildings in Lower Abbey Street were erected on the site of the Metropolitan Hall, formerly the Music Hall. The Metropolitan was a centre of Evangelicalism in Dublin in the 19th century, with thousands flocking to prayer meetings there. Continuing to be known as the Metropolitan Hall, there was a large, hall with a smaller hall and corridor at one side, all of which could be joined into one when required. Demolished to make way for the Irish Life Centre.