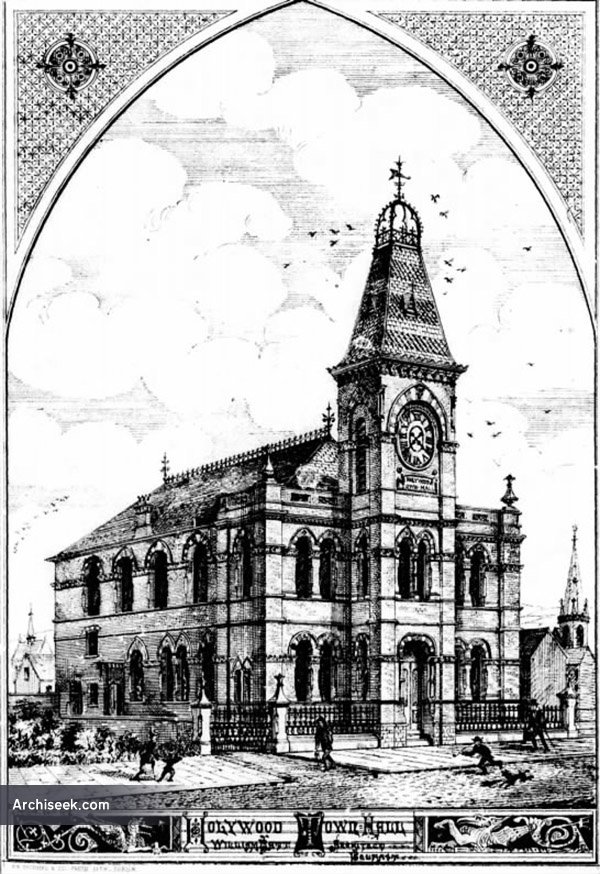 Red & white brick townhall with with cement dressings. Built in two stages, with the tower completed a couple of years later. “The ground floor contains public library and news-room, town commissioners’ room, cloak-room, and caretaker’s apartments, &c. lead to large hall over, having gallery at one end and orchestra at the other, with retiring rooms off same. The fittings of main hall are of pitch pine stained and varnished. The walls are faced with red and white bricks, having cement dressings. It is intended hereafter to raise the tower, to suit a public clock, as shown in the view. The works were executed in a satisfactory manner by the contractor, Mr. William Nimick, of Holywood, from the plans and under the superintendence of the architect, Mr. William Batt, jun., of Belfast, the outlay being over £2,000” Published in The Irish Builder April 1 1876.