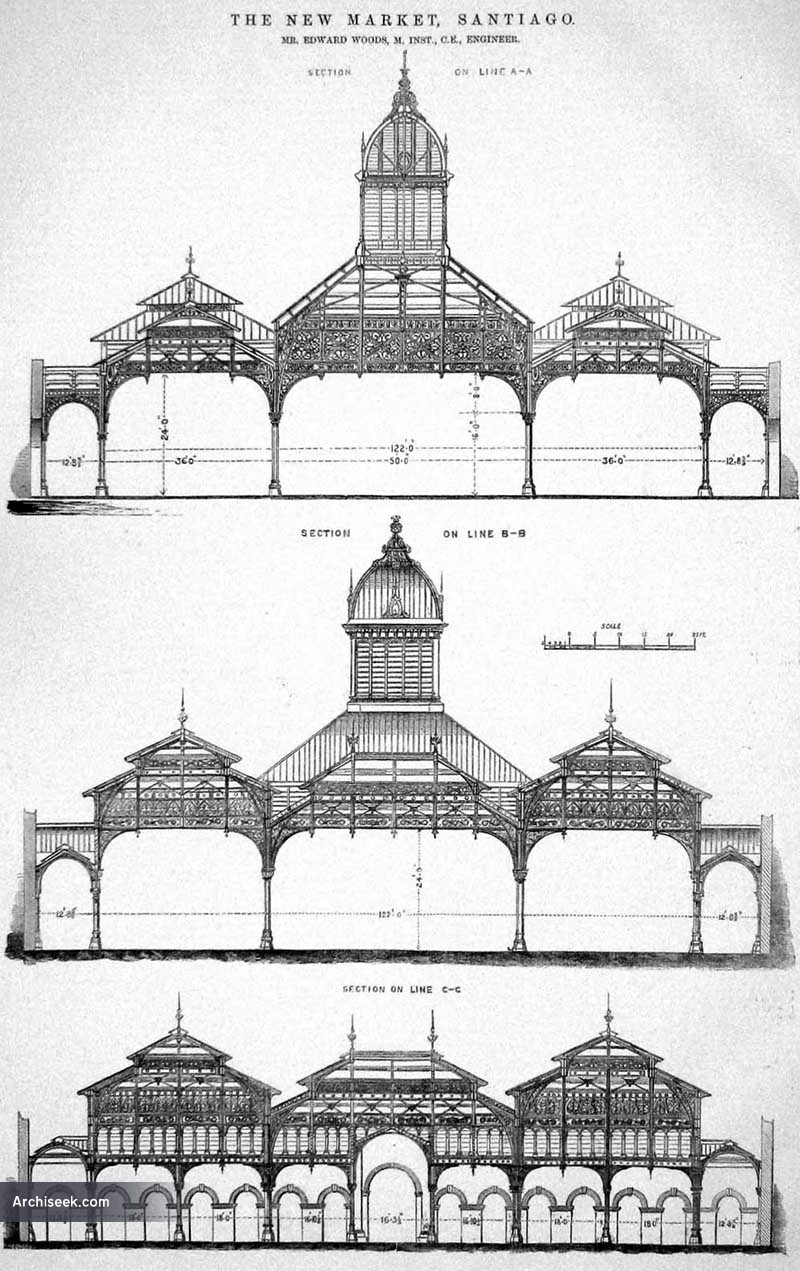 In the 1870s Driver designed this impressive market building which was constructed in Britain and shipped to Santiago, one of the major prefabricated buildings of the late 19th century. Designed by architect Charles H. Driver & engineer Edward Woods, the main feature of the building is a cast-iron roof and supporting structure, which was fabricated by Messrs Laidlaw & Sons of Glasgow.

The metal structure stands on a square base and features a vaulted ceiling. Its intricate roof design consists of a central pyramidal roof crowned by a domed tower, which is surrounded by 8 smaller roofs with a two-tier design. The structure is enclosed by a masonry building.