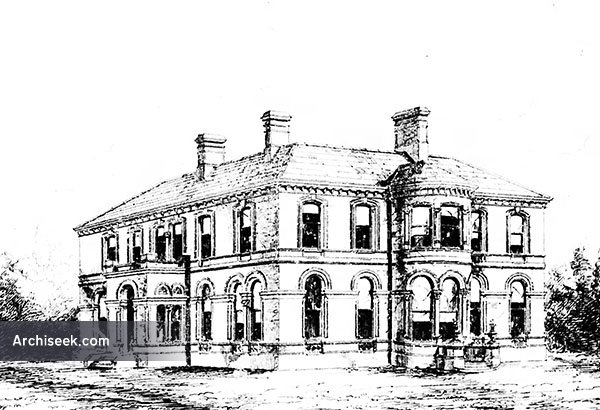 Small country house on what was then outside of Belfast for James Craig, father of the future Lord Craigavon. The family were wealthy, their money coming from the distillation business. Craig had entered the firm of Dunville Whisky as a clerk and by aged 40 he was a millionaire and a partner in the firm.

It was here that Craigavon House in September 1912 that Sir Edward Carson and Sir James Craig formed the Ulster Volunteer Force and from the steps of the house Carson made public the terms of Ulster’s Solemn League and Covenant. When it was rumoured that the authorities planned to arrest the leaders of the UVF Craig ordered that the UVF Headquarters be moved from the Old Town Hall in Belfast to Craigavon House, where a special force guarded the UVF leaders twenty-four hours a day. The first Provisional Government of Northern Ireland sat in the Billiard Room of the house.

In 1915 Craig offered Craigavon House to the Board of Management of the UVF hospitals to be used for the treatment of sick and wounded soldiers. A hospital wing containing two wards was added to the house. The hospital was used mainly for the treatment of sick and wounded soldiers, in particular those suffering from neurasthenia, a nervous complaint, most probably brought on by being under constant shellfire during the war. After the war it was used for the care and treatment of ex-servicemen. Craigavon House was purchased by the Somme Association in 1992 and it was their Headquarters until 1999.

Surprisingly The Irish Builder had little to say on the interiors or indeed the exterior design. “The villa of which a lithographed illustration is presented with this number is about to be erected for James Craig, Esq. It will stand on a lot of about twenty acres. The site is a first-rate one, and affords splendid views from all sides. Ample accommodation for a gentleman’s country residence is provided. Messrs. Jackson and Sons are the architects.” The Irish Builder, February 15 1870.