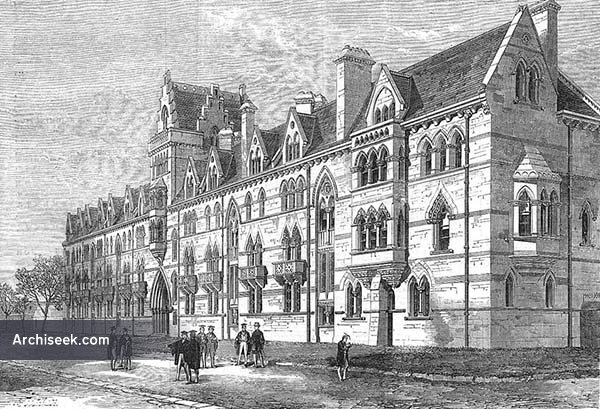 In 1862-65 Meadow Buildings, a Venetian Gothic construction by T.N. Deane, was erected to accommodate on site more of the undergraduates. Originally, college undergraduates would be given a suite of rooms with views overlooking both sides of the buildings. Recent building work has converted most of these rooms to ensuite. When it was first built, the relative distance of the Meadow Building from the more fashionable Peckwater and Canterbury Quads meant that it was considered the least desirable accommodation in college.

Deane had previously built in Oxford, his 1861 building designed with Benjamin Woodward for the Oxford University Museum of Natural History is considered one of the highpoints of Ruskinian Gothic.