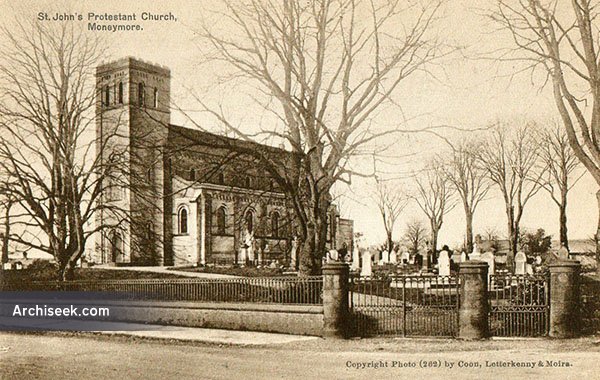 Designed in a Norman revival style by the architect William Booth for The Drapers Company who also paid for much of the renovation and construction of the village. Work on St John’s began in 1829 and then opened in 1832 at a cost of £6,000. It is said that the Church is modelled on Tewkesbury Abbey, England. The Norman style polished granite pillars, hewn from the quarries of Castlewellan, rise to support a vaulted ceiling and roof. In January 1889 a fire in the church’s chimney spread to the whole church: the roof was destroyed, as was most of the interior. Only the stone pulpit and one window survived. The church was rebuilt by John Henry Fullerton who repaired the walls and replaced the roof at a cost of £2,500. Still in use today by its congregation.