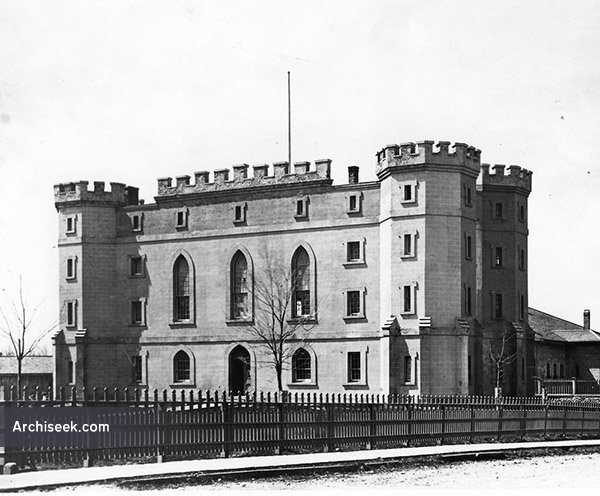 Constructed as Middlesex County Court House with castle-like features and Gothic details. It was designed by architect John Ewart and was constructed in 1827-29. The Middlesex County Court House was unlike any other courthouse built in Upper Canada at the time, and is one of three castellated judicial buildings built in Ontario. The octagonal towers, polygonal bay, tall lancet windows, and distinctive crenelations all add to its fortress-like structure and authoritative presence. According to Parks Canada, it is believed that the courthouse was modelled after Malahide Castle near Dublin, Ireland, which was the ancestral home of Colonel Thomas Talbot.