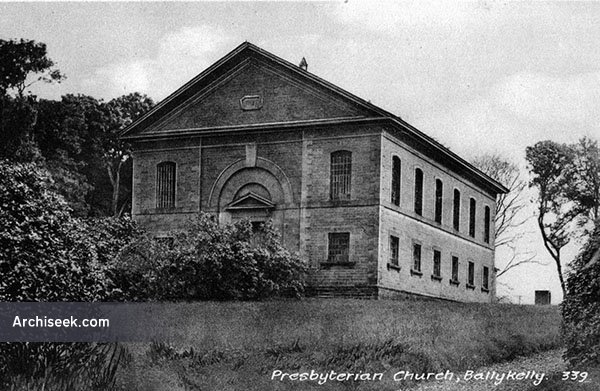 Constructed by the Fishmongers Company London who owned the land around Ballykelly for the local populace after they discovered the poor condition of the existing church. Richard Suter was Surveyor to the Fishmongers’ Company from 1822 onwards.

During the 1820s he designed a number of buildings on the Fishmongers’ estate in Co. Derry, including the Presbyterian churches at Banagher and Ballykelly. The building was built by James Turnbullto Suter’s designs, and construction began in 1826 and was completed in 1827 costing £4000. The Fishmongers Company formally presented the building to the congregation on 4th March 1828, which is marked by a large stone tablet above the pulpit. The building is still in use today by the congregation.