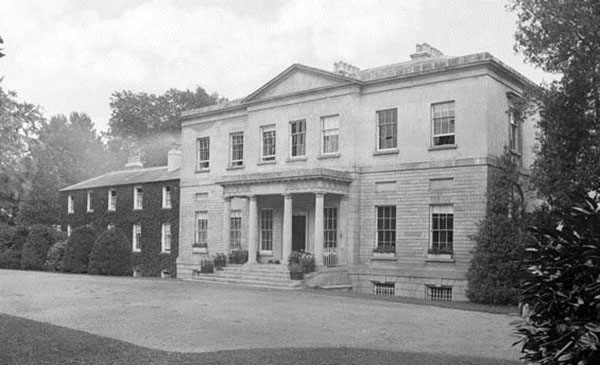 Designed and built by William Robertson for 2nd Viscount Clifden. between 1816 and 1819. The centrepiece of the building is the mainfront exhibiting expert masonry in locally-sourced Kilkenny limestone.

Possibly incorporating the fabric of an early 18th century house built by James Agar. The house was reduced in size around 1902 when the wing was removed. Sold by the family in the 1950s, it was left derelict by a development company who were refused planning permission to develop it. Badly damaged by fire in 2010, and now in a fairly advanced stage of dereliction. 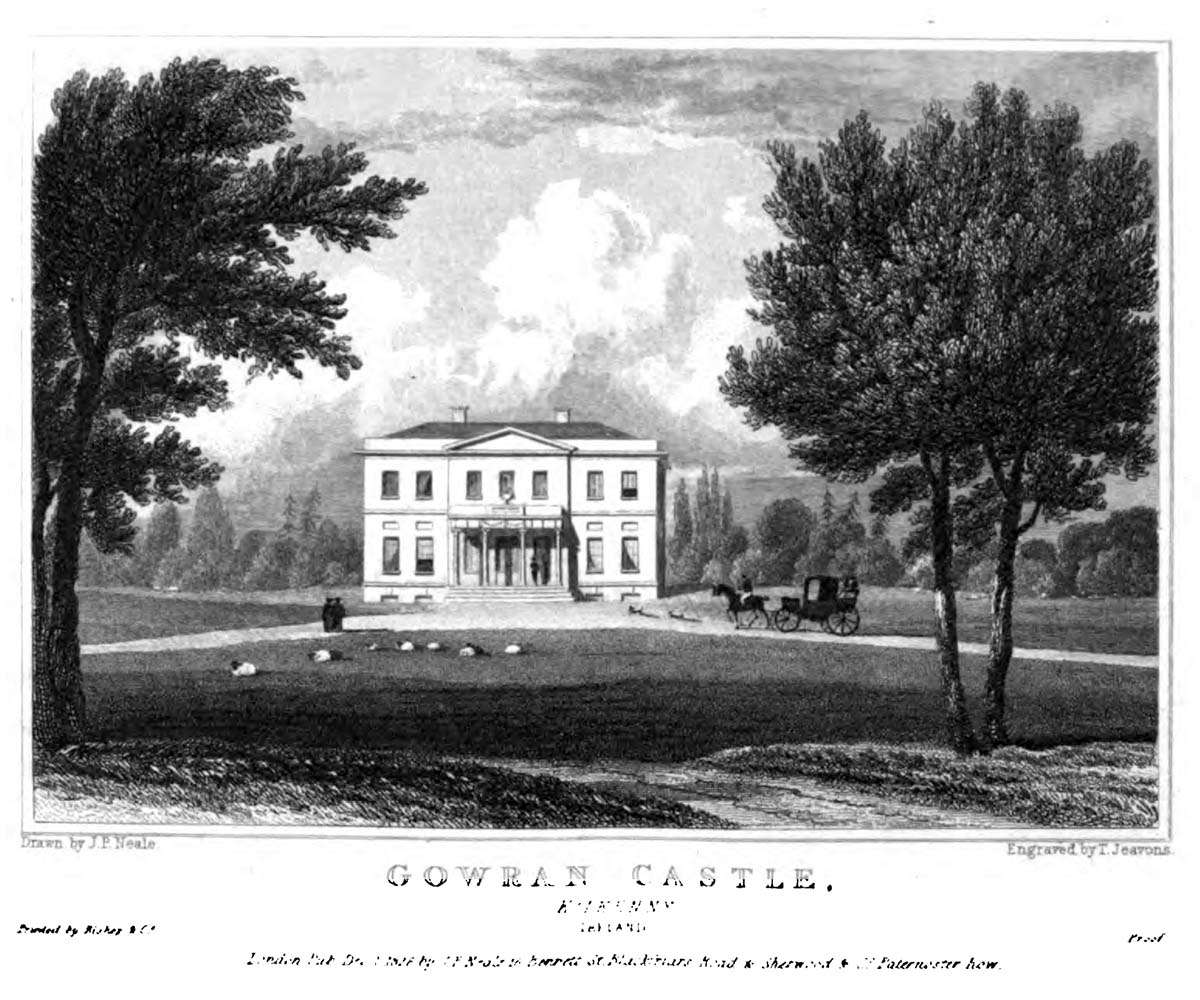 From; J.P. Neale, Views of the seats of Noblemen and Gentlemen in England, Wales, Scotland, and Ireland, Second Series, vol.III, London, 1826
“The old Castle of Gowran, which stood upon this domain, about eight miles east from Kilkenny, and of which the last remains were pulled down in the year 1816, was of great antiquity and some consequence. It stood a siege for the royal party, in the time of Cromwell ; when, being taken, it was confiscated from the family of Butler and given to Henry Ireton, Lord Deputy of Ireland. At the Restoration it fell into the hands of James, Duke of York, to whom a grant had been made of the regicide forfeited estates in Ireland, and by the commissioners of bis estates it was sold to the Agar family. James Agar, Esq. received King William, at Gowran Castle , being, at the same time, the Mayor of Kilkenny, and offering to deliver up his sword of office to the king, he was desired by him to retain it, his Majesty graciously adding, ” that it could not be in better hands.”

Gowran Castle, in its original state , consisted of a large round tower in the centre, and four smaller ones round it. In 1713 the before mentioned James Agar, Esq. made great alterations in the castle, by casing it with stone, and making a front two stories high, of nine windows, with a pe diment in the centre. So it remained until the year 1816, when it was found to be so much out of repair, as to render the pulling it to the ground necessary. The Mansion represented in the annexed engraving was then commenced, and was completed in a space of three years, under the direction of William Robertson , Esq. , architect of Kilkenny.

The principal floor consists of a Hall, a Corridor, and two Staircases ; a Drawing-room and Dining-room , each twenty-nine feet long by twenty feet wide, and a Breakfast-room and Library of smaller dimensions. It is built entirely of hewn limestone.”