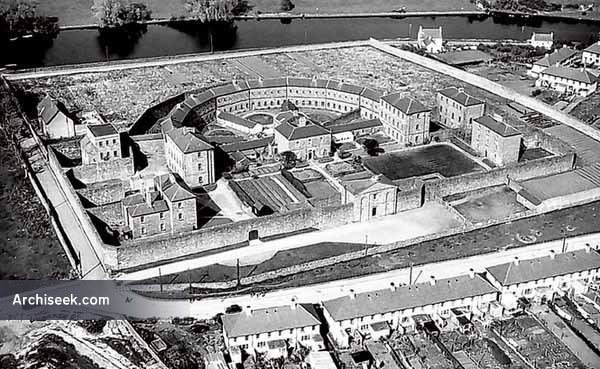 Designed to hold 200 inmates in a polygon-shaped building, with six-bay two-storey facets and six-bay three-storey terminal block to south. The Governor’s residence situated in the centre of the prison. Construction of the prison began in 1818 and it was opened in 1823 at a cost of £30,000.

Each floor of the interior had barrel-vaulted cells and perimeter barrel-vaulted corridor to perimeter, with cell furniture, cell doors, all surviving intact. Closed in 1956 and now increasingly derelict, although sadly part of the complex was demolished in the 1970s. The only gaol complex with a polygonal cell block arrangement surviving in Ireland.