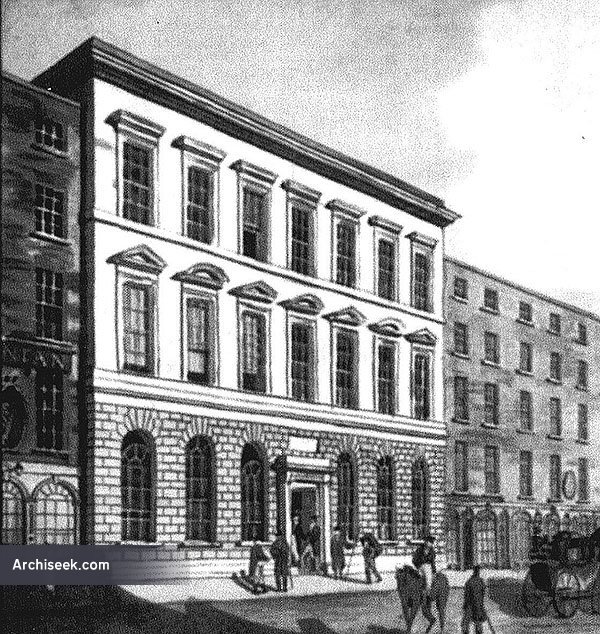 A fine but austere seven-bay three-storey building. Sited on the old Fownes Court, there was a pedestrian shortcut through the building and courtyard to Cope Street. In 1805, it became a meeting place for the Ouzel Galley Society which dealt with ship insurance and arbitration, and later became a part of Dublin Chamber of Commerce. Demolished to make way for Stephenson’s Central Bank, seemingly the stonework was dismantled and numbered, however a facsimile was erected in its place. 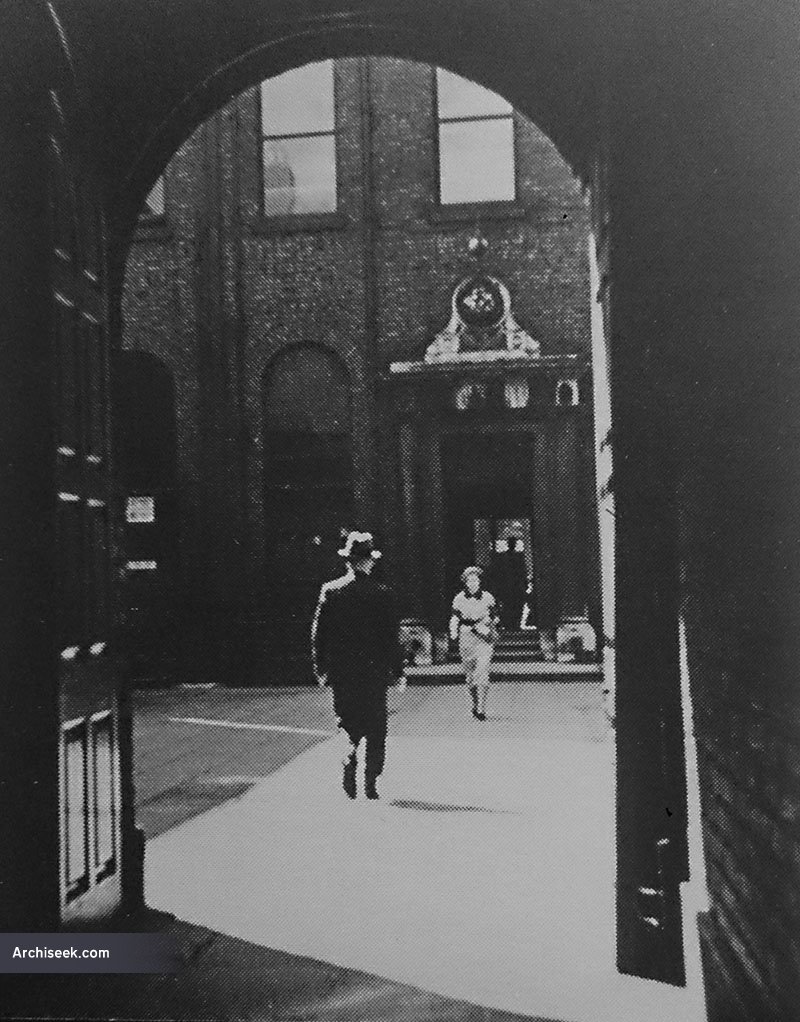 A design for the building drawn by Thomas Sherrard with an extra storey exists in the archives of the Wide STreets Commissioners. 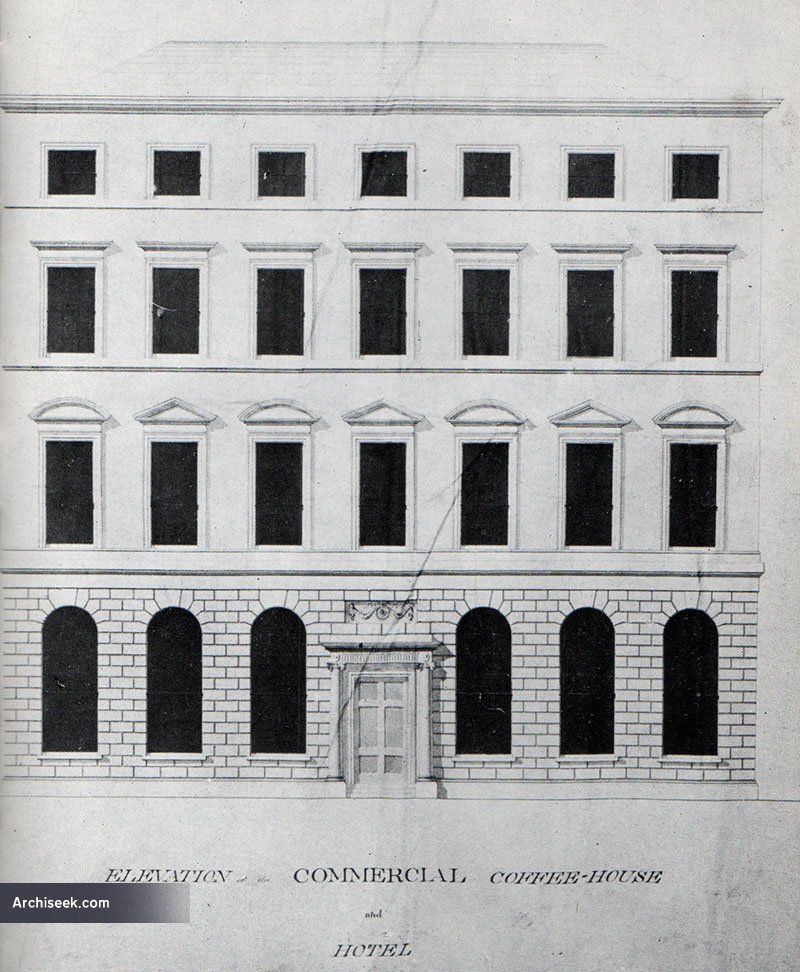 Described in 1837 by Lewis, “The Commercial Buildings form a plain but substantial square of three stories, constituting the sides of a small quadrangle and wholly un-ornamented except in the principal front to College-green, which is of hewn stone and has a central entrance supported by Ionic columns.

On the left of the grand entrance-hall and staircase is a news-room, 60 feet long and 28 feet wide, occupied by the members of the Chamber of Commerce (established in 1820 to protect and improve the commerce of the city); and on the right is a handsome coffee-room, connected with that part of the building which is used as an hotel. The north side of the quadrangle is occupied by the Stock Exchange and merchants’ offices, and on the east and west are offices for the brokers. It was built by a proprietary of 400 £50 shareholders, and was completed in 1799, under the superintendence of Mr. Parkes.”