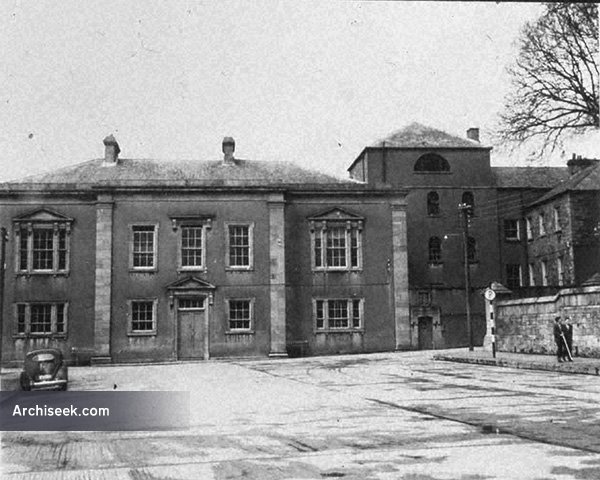 Demolished in 1988 to facilitate the construction of the new City Council headquarters. Blackburn was a London architect and pioneer of radial planning in prison design. According to Lewis, “The city gaol, in the old town, is a gloomy quadrangular edifice, with which the old county gaol is now united; but the buildings do not admit of proper classification, or sufficient means of employment. Yet, notwithstanding these disadvantages, it is remarkably well regulated, orderly, and clean.”

By 1902, the building was repurposed as Geary’s Biscuit factory, operated in the premises on Merchant’s Quay. The factory closed in 1982 and the complex demolished in 1988.