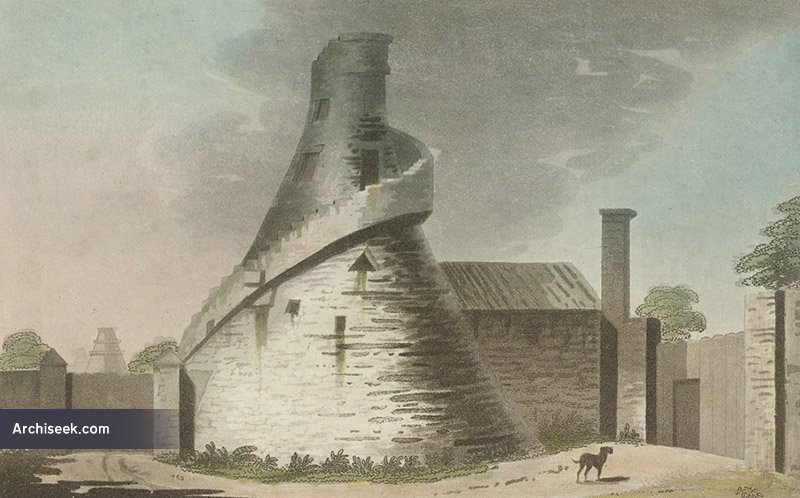 The Bottle Tower or Hall’s Barn, was commissioned in 1743 by Major Hall of Whitehall House, Co. Dublin. Although the house is gone, the barn still stands, though in quite poor condition.

Created as relief work for the local poor, and was designed as a granary barn with living quarters below – the first and second floors appear to have been residential as they are both fitted with fireplaces. It’s conical in shape with a stone staircase spiraling around the exterior. There is a similar though larger structure on the Castletown estate in Co. Kildare known as the “Wonderful Barn”. 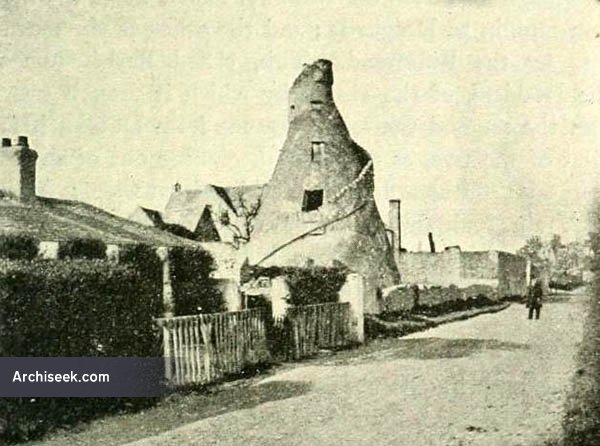 Francis Jukes (1745-1812), the artist, wrote the following lines about this picture,”This is a very curious building, the singularity of which much attracted my notice. The stairs, by which you ascend it, are on the outside; and having a parapet wall, the ascent is rendered easy and safe. At the top the prospect is very beautiful, commanding a view of Lord Ely’s and Mt Palliser’s park’s and of the country, as far as the mountains. It is two and a half miles from Dublin”.