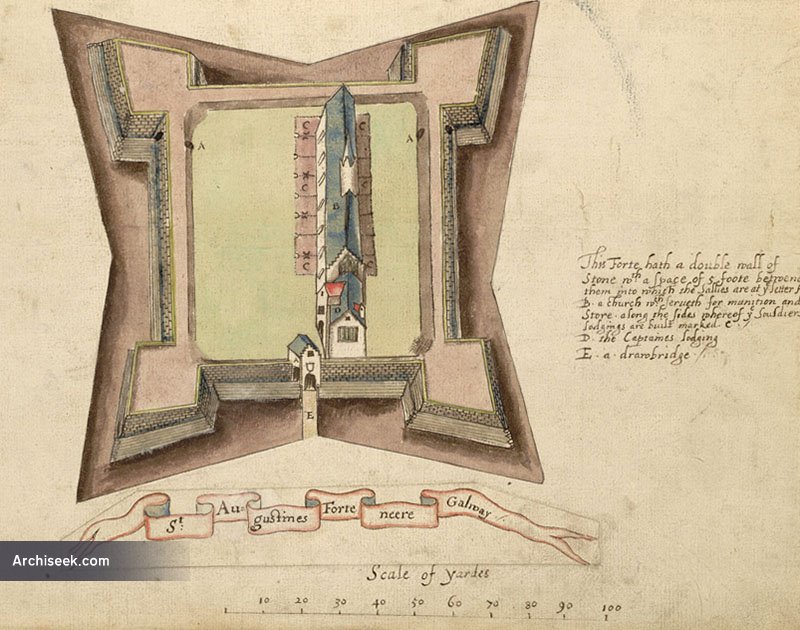 Work began on the Augustinian foundation in Galway in the early 1500s. Located outside the city walls, the lands were seized in 1546 following the dissolution of the monasteries. In 1601, Sir Josias Bodley assisted by two Dutch engineers Levan de Rose and Josias Everard, built this fort along with Elizabeth Fort at Cork to the latest European specifications.

The fort shown was a square structure with a segmental bastion at each corner. Bodley, an engineer by training who held the offices of Superintendent of Castles and Director-General of Fortifications in Chichester.