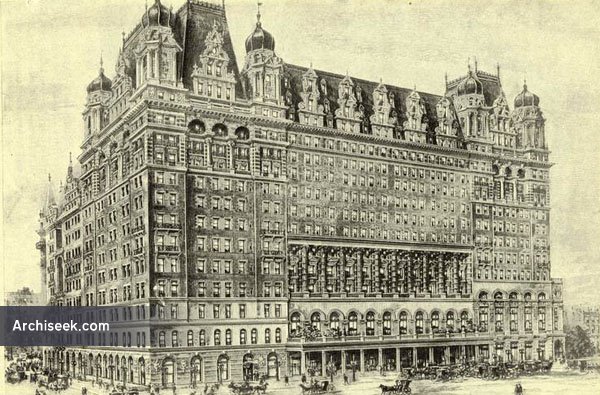 The original Waldorf-Astoria Hotel was opened in 1897, combining the Astor and Waldorf Hotels. It started as two hotels. In March 24, 1893, millionaire William Waldorf Astor opened the 13-story Waldorf Hotel on the site, which had formerly boasted his mansion, at Fifth Avenue at 33rd Street. Built by renowned architect Henry Hardenbergh. Four years later, The Waldorf was joined by the 17-story Astoria Hotel, erected on an adjacent site by Waldorf’s cousin, John Jacob Astor IV. A corridor was later built to connect the two. It was demolished in 1929 to make way for the Empire State Building and the hotel moved to 301 Park Ave.