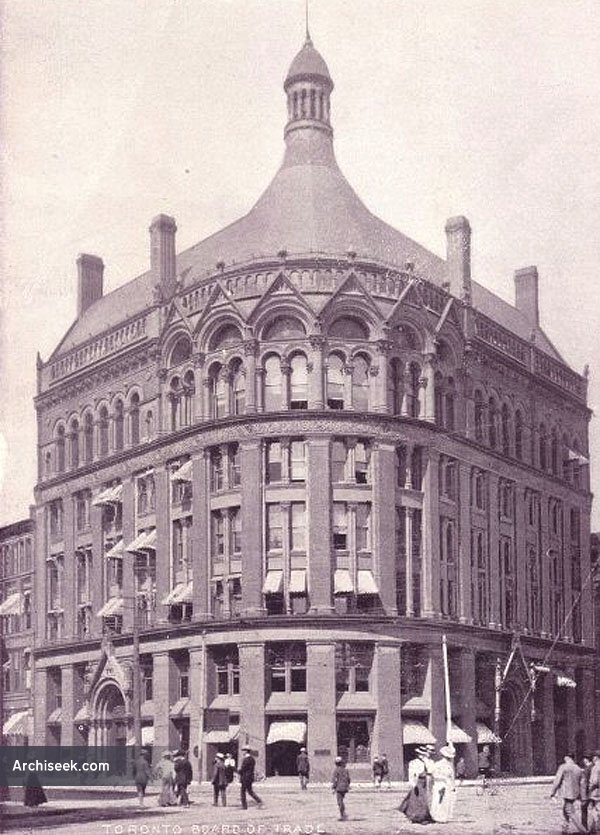 Designed by the American architectural firm of James & James of New York City, and closely resembled the appearance of the Board of Trade Building in Boston, Mass., which had been designed two years earlier by the Boston firm of Shepley, Rutan & Coolidge. The first design by James & James of New York partially collapsed during construction. James & James were dismissed from the job and Edward A. Kent, an architect from Buffalo, N.Y., was called in to complete the building following their plans. Demolished in 1958. The lot is now occupied by the EDS office tower.