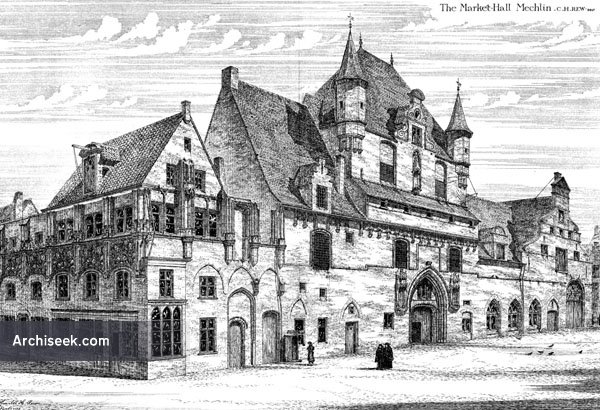 Built as the Cloth Hall on Grand Market Square, and now part of the Town Hall. The building to the left was eventually completed in a fantastic Flemish Gothic style, as the Palace of the Great Council. The Cloth Hall has a massive unfinished belfry. The cloth trade went into decline in the fourteenth century and there wasn’t the money to complete the building. For two hundred years the belfry was no more than a shell, until it was eventually provided with a temporary roof in the sixteenth century. That temporary roof is still there. The Palace of the Great Council was only completed in the twentieth century in accordance with the original sixteenth-century plans of the architect Rombout Keldermans. The illustration shows the buildings in the early 1870s.