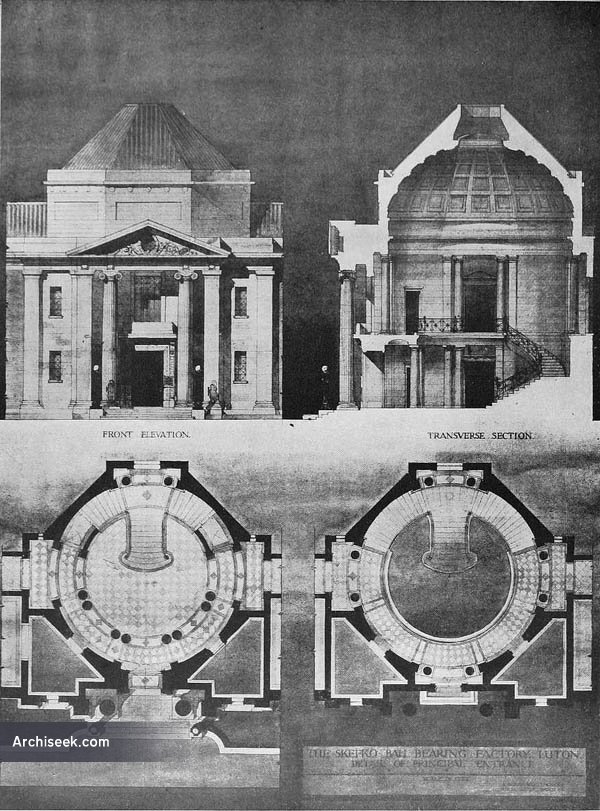 Now known as SKF, it was founded in Gothenburg, Sweden by Sven Wingqvist, inventor of the double row self-aligning ball bearing. Founded in Luton in 1911 with 150 employees. Although a central entrance pavilion was constructed, it varies quite a lot from this design.

Published in The Building News, July 30 1919: “This drawing, now at the Royal Academy, is one of a pair shown by Sir A. Brumwell Thomas, F.R.I.B.A., in illustration of those very extensive buildings, which have a frontage of over a thousand feet. The domed pavilion, of which plans, section and elevation are given on one plate, occupies the middle of this great facade, serving as the chief entrance to the factory. The great length of the whole frontispiece, as compared with the elevational height, precluded our giving the entire front, which is an admireable example of factory architecture. The builders are Messrs. Blay, of Dartford, Kent.”