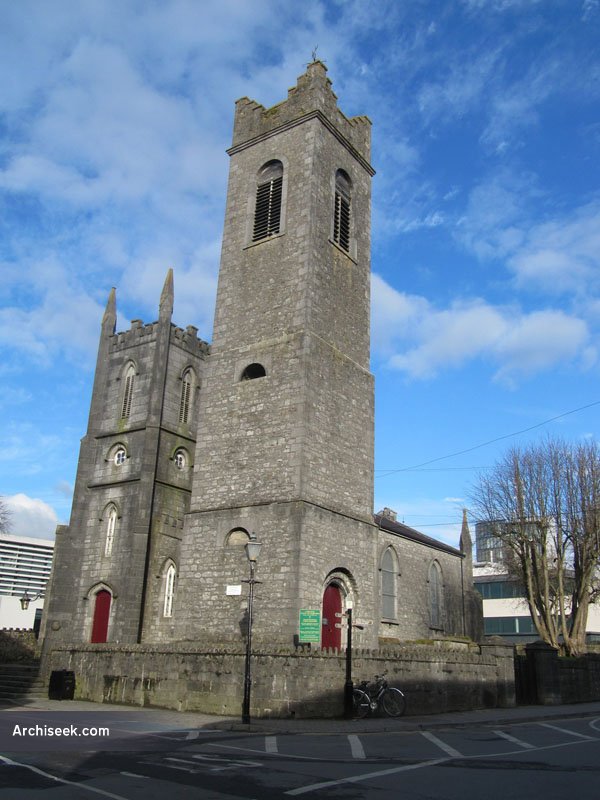 Designed by Richard Richards, an architect and builder from Roscommon, to the usual Board of First Fruits plan. Richards was responsible for several Church of Ireland buildings across Westmeath and Roscommon. The church was built to replace an earlier church built in 1622, of which only the tower remains. There were earlier churches on the same site dating back to 1452.

Many of the fine marble memorial monuments were moved into the present church when the old church was demolished, including works by Edward Smyth and Joseph R. Kirk. The chancel was added in 1869 by Rawson Carroll. Eventual cost in 1827 £2,300.