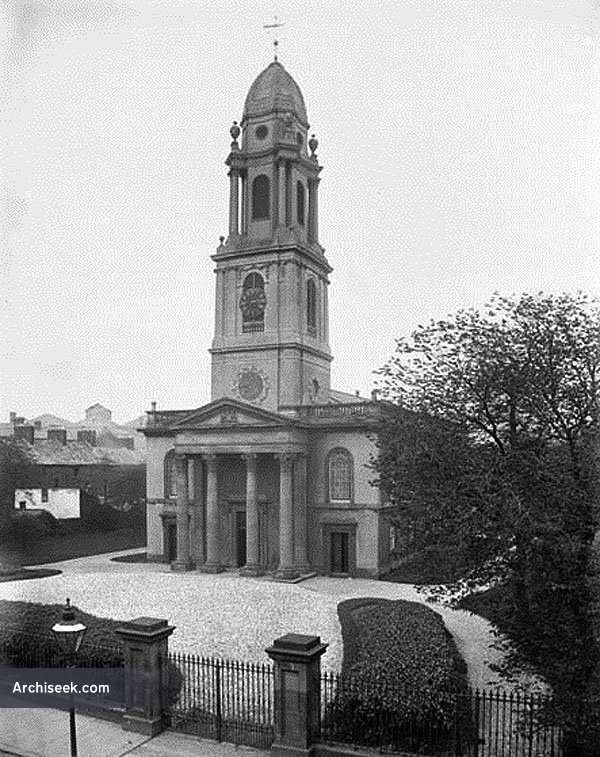 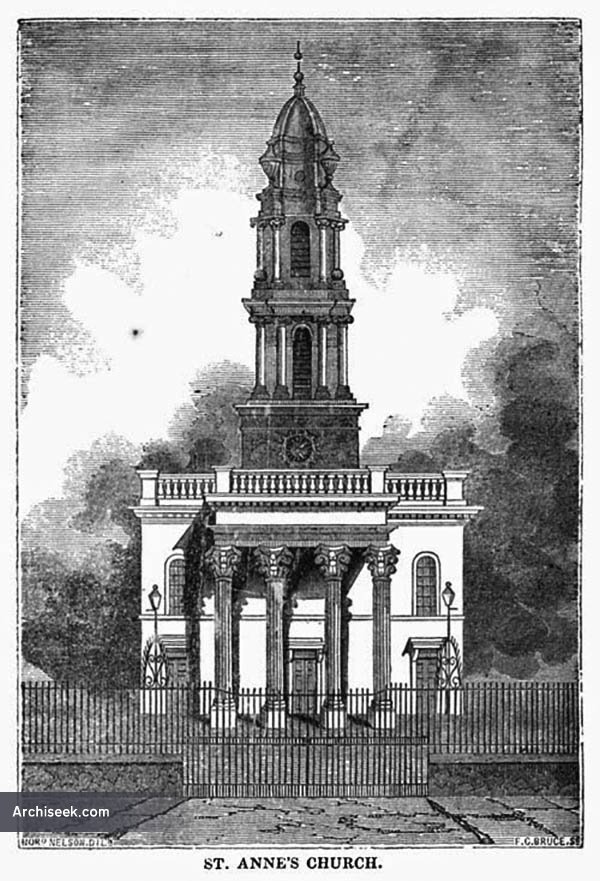 Described in The Dublin Penny Journal, Views in Belfast (1833) as “This church is situated in Donegal-street. It is the parish church, and was erected in the year 1778. It has a handsome Doric portico, and an Ionic tower, of considerable height, with a Corinthian cupola, which is of copper, the tower being formed of wood.”

Commissioned by by Arthur, 5th Earl of Donegall, and named after his wife, St Anne’s was designed by English architect Francis Hiorne of Warwick. Constructed on the site of the Brown Linen Hall of 1754. Demolished in stages in the early 20th century as St. Anne’s Cathedral was constructed around it.