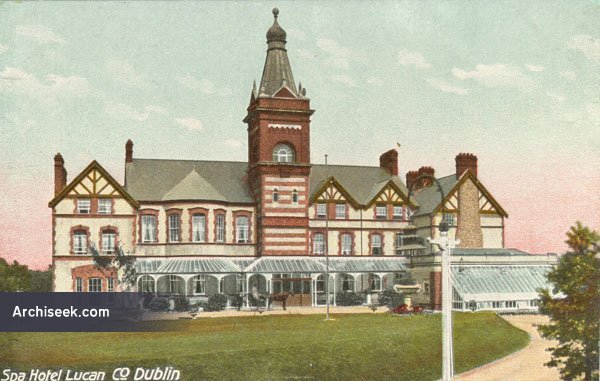 Hotel constructed between 1890 and 1891 for the Lucan Hydropathic and Spa Hotel Co. Ltd. The spa associated with this hotel appears to have been discovered in 1758. The water of the spa was naturally impregnated with carbonate of lime and sulphureted nitrogen gas 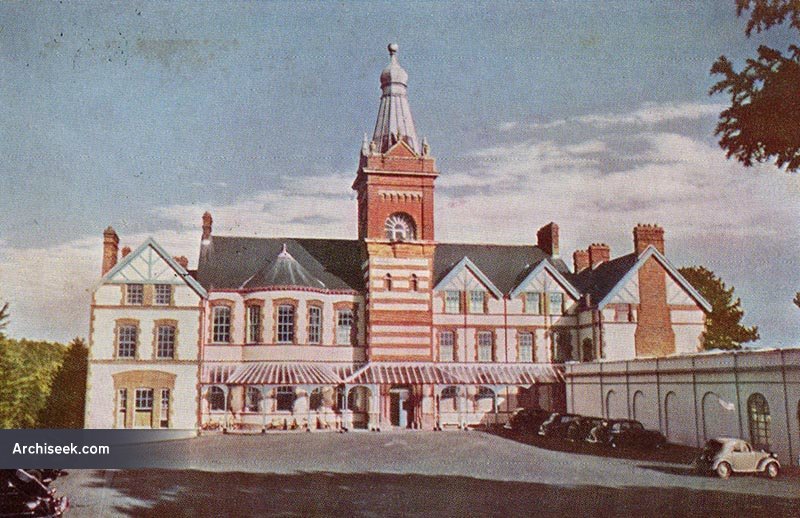 The Irish Builder, on the 1st September 1891, reported that a new hotel was to be built on the site of the former hotel. The adjacent Lucan County Bar served as the Restaurant for the Hotel, while the residents stayed in the main part of the hotel.The building was supplied with water pumped at high pressure from the river Liffey, while spring water for drinking purposes and rainwater for washing were also used.

The Lucan Spa Hotel remained popular into the 1900’s but with the invention of the motor vehicle people looked further afield for their entertainment and as a result, the hotel lost its appeal as a major social and entertainment hub. Later re-modeled in the 1930s by Robinson & Keefe. In 1977, a serious fire destroyed much of the Lucan Spa Hotel which led to reconstruction and the addition of a new wing of bedrooms. 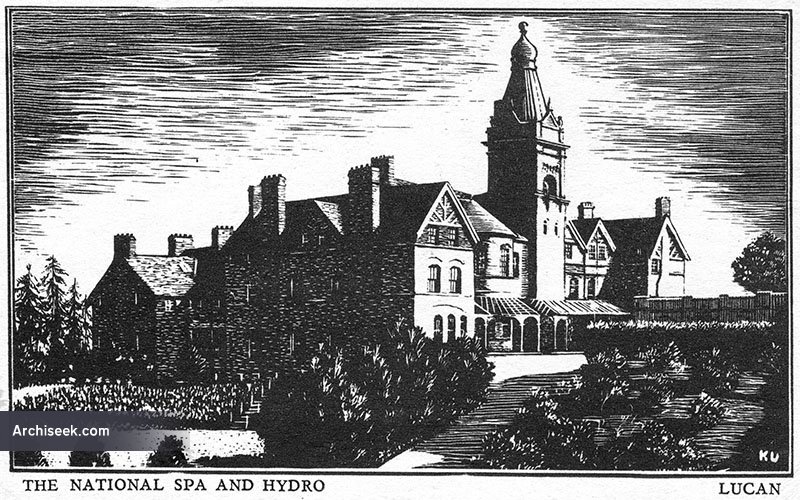 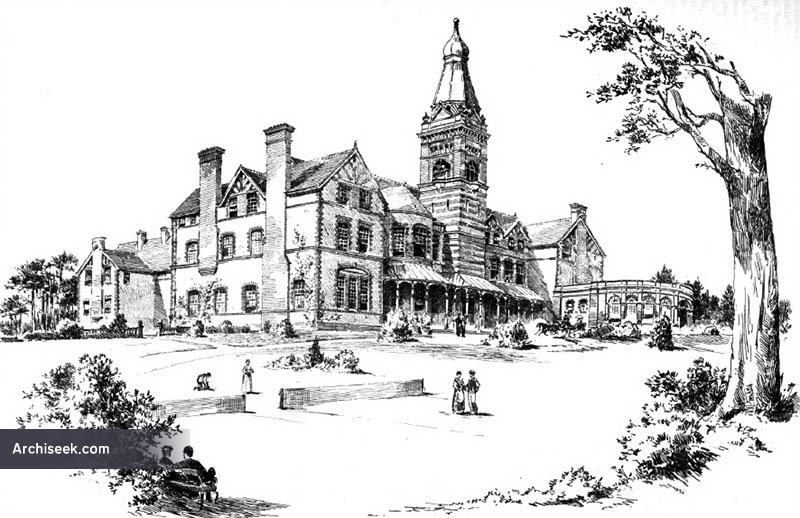 Described in The Irish Builder, September 1 1891: “THE illustration which we present to our readers with this number, represents the new Hotel at Lucan, which has just been erected by the above-named company, and which is to be opened to the public on the 7th of this month. The valuable curative properties of the Lucan Spa water have been known for more than one hundred years, and several writers of distinction in the last century have called attention to it, and have given many instances of cures effected through its agency.

Until very recently, the existence both of the Spa and of Lucan itself were almost unknown to the majority of the Dublin public, the sea-coast having become the fashionable place of resort. The advent of the steam tramway a few years back opened up the district, however, and showed the citizens what a charming spot exists within easy reach of Dublin. Since then Lucan has been gradually growing in public estimation, and better accommodation for the increasing number of visitors is urgently needed.

The present company was formed last year to meet this want, and the new building is the outcome of their operations. They have acquired the old hotel, the houses in the adjoining “Crescent,” and other buildings, together with about 14 acres of land, and the exclusive rights to the Spa water. It is the intention of the Board to renovate or re-build the old hotel, so as to render it suitable for the accommodation of daily visitors and cyclists, leaving the new building exclusively to those visitors who intend to remain some time in the neighbourhood.

The new building, which has sleeping accommodation for about fifty guests, is fitted up with all the comforts and appliances of a first-class hotel, and has in addition a separate wing for invalids, in which a Spa fountain is placed, and in which both hot and cold sulphur baths are provided. The sitting-rooms include a fine coffee-room, private dining-room for large parties, ladies’drawing-room, billiard-room, &c.; while lavatories and baths are placed in convenient positions throughout the building, and fitted up in the most approved manner. The verandah along the front supplies a comfortable lounge, and a similar one will probably be erected along the south front before long.

The building is supplied with a high pressure service of water from the river adjoining, while spring water for drinking purposes, and rain water for washing, are also provided. A large storage tank is placed in the upper stage of the tower, and water is pumped up to it from the river—a height of about 140 feet—by means of pumps worked by a turbine. The Spa water is also supplied by the same agency to the hotel.

The grounds surrounding the new building are extensive, and are being well laid out, and charming views are obtained on all sides; those on the south, with the Wicklow Mountains in the distance, having the most extensive prospect.

The architect is Mr. W. M. Mitchell, R.H.A., of 5 Leinster street, under whose superintendence the works have been carried out in an excellent manner by Mr. James Kiernan, of Talbot-street, and Mr. William Baird, of Lower Abbey-street, the former being the contractor for the general building work, and the latter for the hydraulic work and plumbing fittings.”