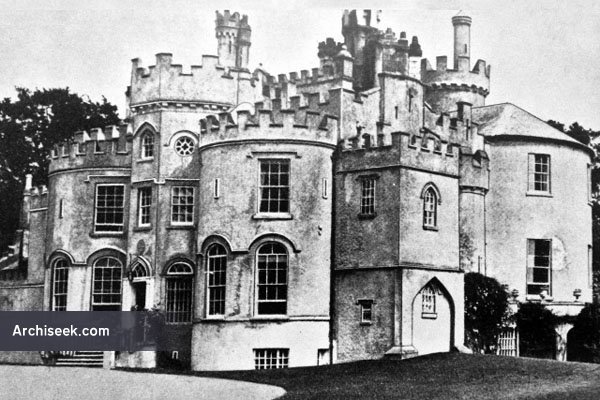 Developed in the early 1800s around a plain classical house of the mid 18th century. Morrison was commissioned by Major-General Sir George Cockburn into a romantic-looking castle with space for his collection of antiquities and sculptures. After being used as a Church of Ireland college, it was taken over by the Irish state as an open prison for young offenders. It was acquired by Dún Laoghaire-Rathdown County Council in 2013 in a land-swap deal and awaits restoration.