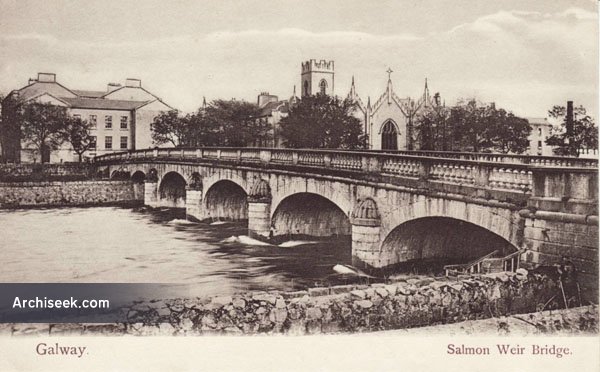 Previously known as the Jail Bridge, as the city jail was on the site of where the Cathedral now is. A fine gently humped five-span bridge. Attributed to Morrison in James Hardiman’s ‘History of the town and count of Galway’ (originally published 1820).