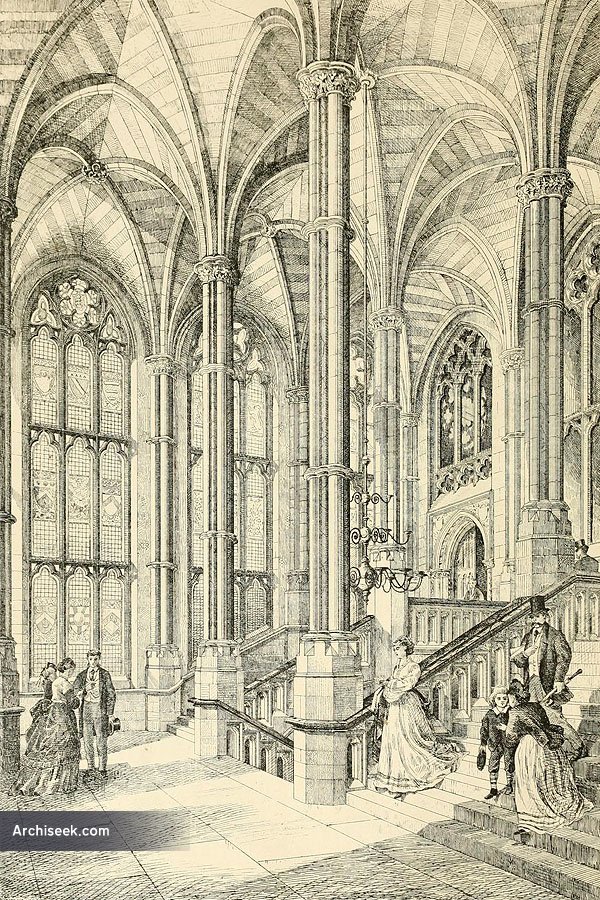 Built in the Gothic Revival style at a cost of £160,000, and was inaugurated 27 September 1871. The architect, William Henry Crossland, was the winner of a competition held in 1864 to design a new Town Hall. It had a 240-foot clock tower topped by a wooden spire with a gilded statue of Saint George and the Dragon, both of which were destroyed by fire on 10 April 1883, leaving the building without a spire for four years. A new 190-foot stone clock tower and spire in the style of Manchester Town Hall was designed by Alfred Waterhouse, and erected in 1888. Grade I listed building. 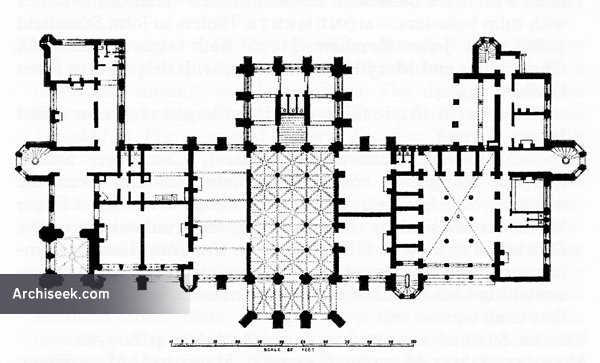 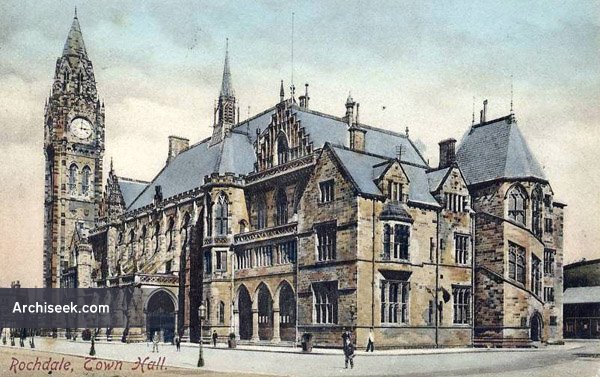 Published in The Building News, November 13 1874: “The grand staircase of this building, which we illustrate, is placed at the back of the large hall, and is approached through an entrance hall of 3 bays in width and 9 in length, having a groined ceiling supported on granite shafts. The stair- case is 38ft. 6in. by 34ft. 6in., divided into 9 bays of 12ft. by l1ft. 6in. The height from ground to ceiling is 49ft. 6in. The staircase is lighted by 9 three-light windows, filled with armorial glass by Heaton, Butler, and Bayne. The marbles used are from the Irish quarries. The ceiling is of yellow and red Mansfield stone. The carving was done by Mr. Earp, of London. The large hall is 90ft by 56ft. by 54ft. Mr. W.H. Crossland is the architect.”