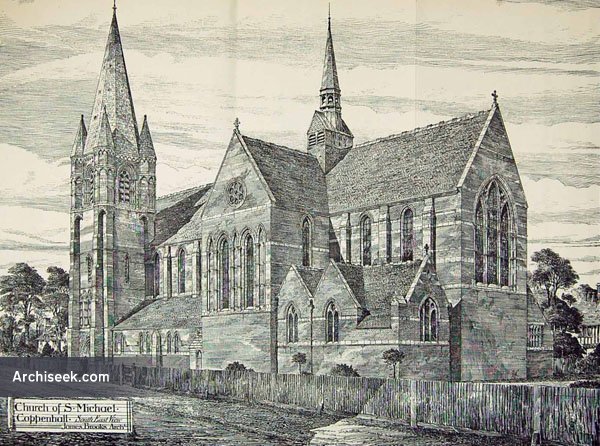 Dates from 1883–86 when the chancel was built to a design by James Brooks. The nave was added to a design by J. Brooks, Son and Adkins in 1907–10. The church is built in red brick with slate roofs. Its plan consists of a four-bay nave with a clerestory, north and south aisles, transepts and a chancel with an organ to its north and a chapel to its south. Over the crossing is a copper-covered flèche. The designed tower and spire was never constructed.