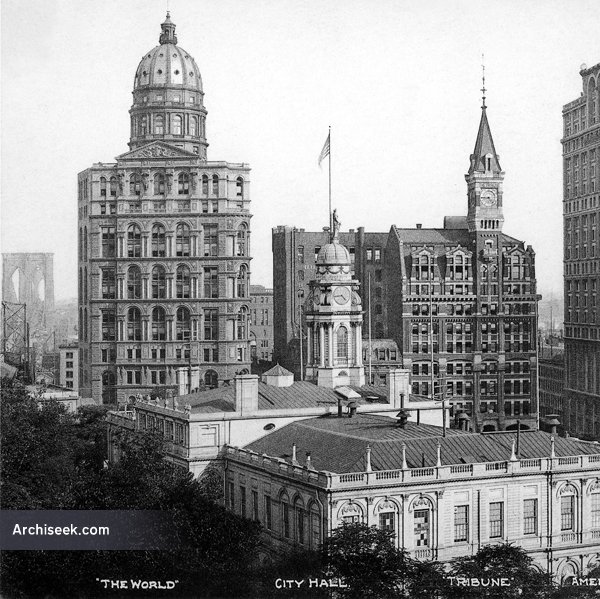 The New York World Building (on the left) was designed by early skyscraper specialist George Browne Post to house the now-defunct newspaper, The New York World. Also known as the Pulitzer Building after the paper’s owner, Joseph Pulitzer, it was the city’s first building to surpass the 284-foot spire of Trinity Church which, at the time, dominated the city’s skyline. The World Building was demolished in 1955 for the expanded car ramp entrance to the Brooklyn Bridge.