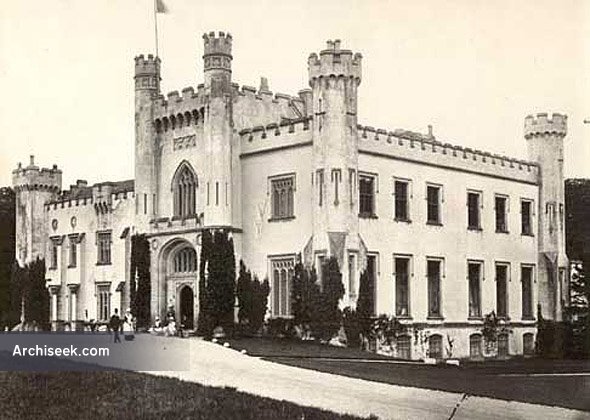 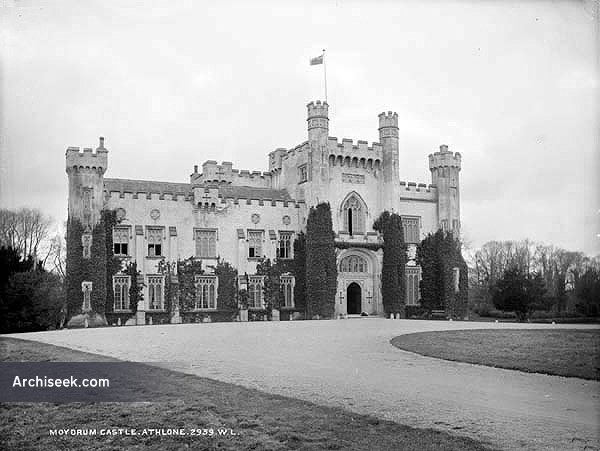 Described in 1837 by Lewis, “About a mile and a half from Athlone on the Leinster side of the Shannon is Moydrum Castle the handsome residence of Viscount Castlemaine a solid castellated mansion with square turrets at each angle beautifully situated on the edge of a small lake and surrounded by an extensive and richly wooded demesne.” In July of 1921 the British Army, searching for arms, burnt down 3 neighboring farms, the local Republican army retaliated by burning down Moydrum.