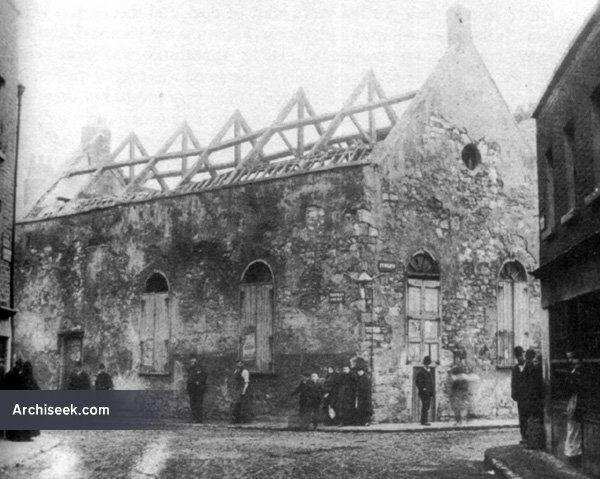 The Liberty of Thomas Court and Donore (also known as the Earl of Meath’s Liberty) was one of several manors, or liberties, that existed in Dublin. They were originally adjacent to Dublin city, and later entirely surrounded by it, but still preserving their own separate jurisdiction. The Liberty was allowed to have its own courts of justice, where it were allowed to try a limited number of crimes, mainly dealing with bad debts. The Earl of Meath inherited these privileges, from the Abbey of St Thomas which had been granted them, after the dissolution of the monasteries in 1538. Sir William Brabazon was granted the lands of the Abbey, with all jurisdictions, liberties, privileges in 1545. The court-house, located in Thomas Court Bawn, was used as a church in the 1760s while St. Catherine’s was being renovated, and later was used as a Sunday school. The building fell into decay in the latter half of the century and was demolished in 1897.