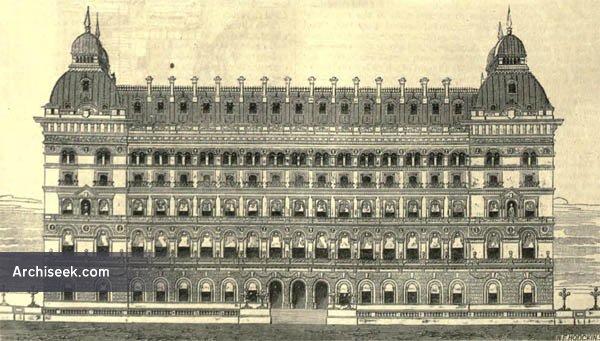 Built by the Victorian railway pioneers in 1862, The Grosvenor Hotel Victoria ushered in a Golden Age of travel. It has been restored to its former glory and is Grade II listed. Developed by a wealthy building contractor, Sir John Kelk, whose firm had built Victoria Station and its railway bridge. Sir Kelk, in turn, awarded the design of what was to be London’s grandest hotel to the well-known architect J.T. Knowles. A design plan for the hotel was exhibited at the Royal Academy Summer Exhibition for 1860, and The Grosvenor first opened to guests in 1862 – just one year after the completion of London’s Victoria Station. Published in The Building News, December 13, 1861.