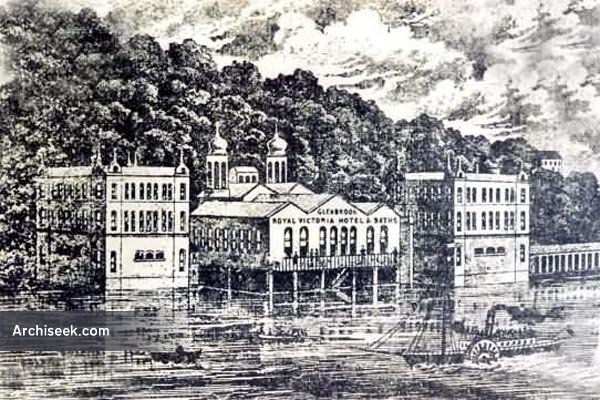 Glenbrook was originally a seaside resort with facilities such as Turkish Bath-houses which became established there. The first of these was the Royal Victoria Monkstown and Passage Baths, which opened in 1838. This was followed by Dr Timothy Curtin’s Hydropathic Establishment.

These baths were opened eighteen years before Victorian Turkish baths made their debut at St Ann’s Hydropathic Establishment, near Blarney, in 1856, but they were fairly comprehensive for their time. When first built, they comprised slipper and shower baths with a cold plunge pool, all of which were luxuriously fitted out. In 1858, the hotel was enlarged and new facilities, including a Turkish bath, were added. But the north wing and Turkish baths were completely destroyed by fire on 11 July 1859.