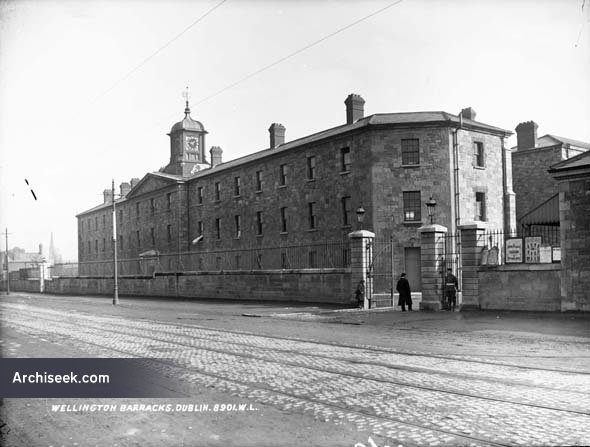 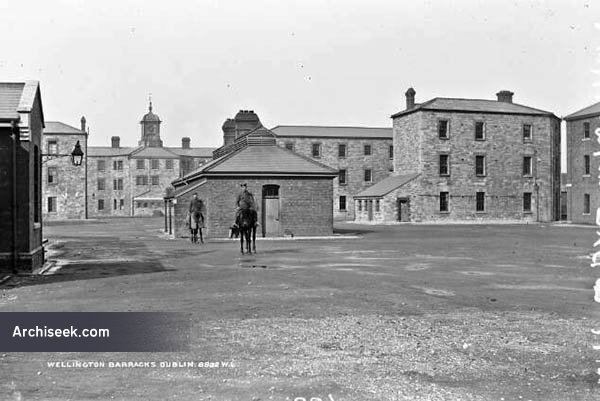 Originally known as the Richmond House of Correction and later the Richmond Bridewell. Opened in 1818 to designs by Francis Johnston, with later work in the 1850s by John Skipton Mulvany. In 1887 it was transferred to the War Department. Additions and extensions were completed by 11 November 1893 but prior to that, in summer 1892, a battalion of the Royal Munster Fusiliers was in occupation. In this era it was known as Wellington Barracks after the Duke of Wellington. Renamed Griffith Barracks after the death of Arthur Griffith in 1922.

In 1991 the last soldiers left the Barracks and transferred to Cathal Brugha Barracks and the site handed over to the Office of Public Works as part of a government programme of closing a number of military installations around the country. Now the site of a third level educational college.